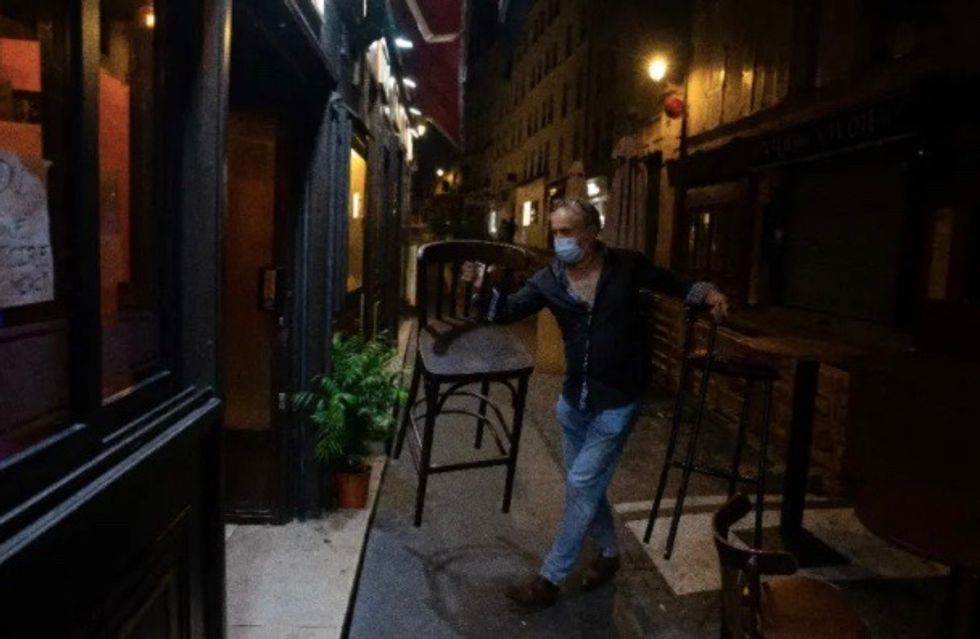 The number of confirmed coronavirus cases worldwide passed 40 million on Monday, as fresh measures to combat the spread of the virus came into effect in several European countries.

Belgium imposes a nationwide overnight curfew from Monday and Switzerland has made wearing face masks compulsory in indoor public spaces, the latest measures by European governments to fight a powerful second coronavirus wave

The latest surge in cases sent the total registered worldwide past 40 million at 0715 GMT Monday, according to an AFP tally based on official sources. More than half the caseload is in the three hardest-hit countries: the United States, India and Brazil.

In Europe, more than 250,000 people have died, but the deepening crisis there stands in contrast to Australia, where the second-biggest city has begun easing a lockdown that kept millions of people largely confined to their homes for months.

Cafes and restaurants across Belgium were shuttered for four weeks as the country tackled its own infection spike, part of a continent-wide surge that has seen a 44-percent increase in cases across Europe in the past week.

Some businesses have protested despite authorities warning the country was in the middle of an exponential increase in cases.

"We don't feel considered, and it hurts my heart," said Angelo Bussi, a restaurant manager in Brussels. "Everyone is in pain. It's horrible."

Switzerland was largely spared when the coronavirus emerged in China late last year and swept the world.

But infections have doubled in the wealthy Alpine nation in the last seven days, prompting new restrictions including compulsory masks-wearing in public spaces indoors and limits on public gatherings.

"The second wave is here, earlier and stronger than we expected, but we are prepared," Health Minister Alain Berset told journalists.

The canton of Bern also banned ban public events of more than a thousand people, which will hit professional football and hockey matches.

France on the weekend imposed its own overnight curfew in nine cities including Paris, affecting 20 million people, after announcing a record 32,400 new infections on Saturday.

And Italy announced fresh curbs on Sunday night in response to its own snowballing second wave of contagion, after enduring Europe's first major outbreak earlier this year.

The new measures were intended to avoid harsher measures that could "seriously endanger" continental Europe's third-largest economy, already reeling from a two-month nationwide lockdown only lifted in May.

'We have to try to live normally'

An even longer lockdown began coming to an end in Australia on Monday, where the five million inhabitants of Melbourne were allowed to leave their homes for more than two hours a day for the first time since July.

Residents dashed back to reopened salons and golf courses that had been closed for more than 100 days, though restaurants and most other retail businesses will remain shut until November at the earliest as the authorities monitor case numbers.

"I'm not doing what is popular, I am doing what is safe, because we don't want to be back here again," said Daniel Andrews, the premier of Victoria state of which Melbourne is the capital.

Israel has also lifted restrictions that banned people from traveling more than a kilometer from their homes as well as closing kindergartens, beaches and national parks.

Israeli mother Talia Zinkin said she was initially unsure whether to send her son back to daycare.

"But I felt he would enjoy being with other children," she told AFP. "We have to try to live normally."

Saudi Arabia eased more of its own virus restrictions when it allowed worshippers to reenter Islam's holiest site for prayers on Sunday for the first time since March.

The Grand Mosque in Mecca is the site of the annual hajj pilgrimage that draws Muslims from around the world but only 10,000 people were allowed to take part this year, a far cry from the 2.5 million who participated last year.

The structure will be sterilized before and after each group of worshippers, and thermal sensors have been installed to measure the body temperature of pilgrims.

Veteran chief Palestinian negotiator Saeb Erekat, the latest political figure to be infected with the virus, is in a "critical" condition and in a medically induced coma, the Israeli hospital treating him in Jerusalem said Monday.