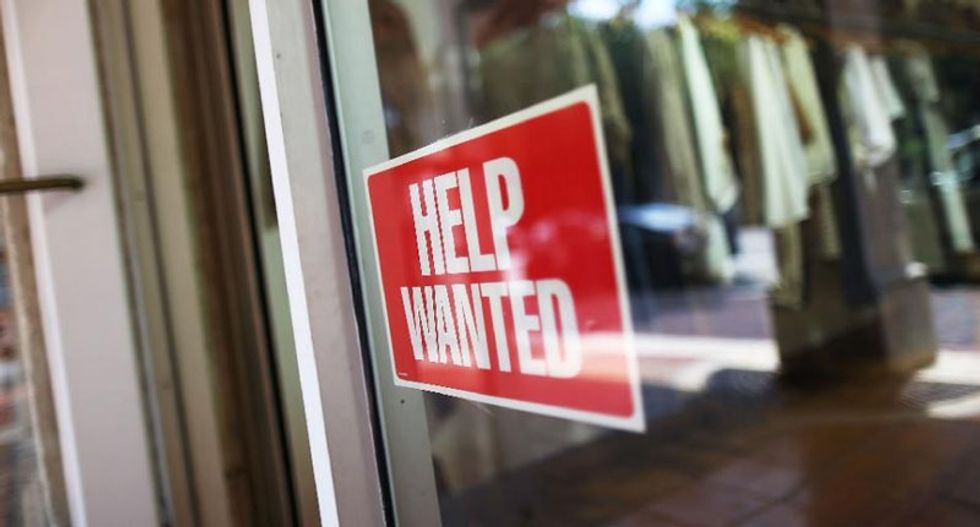 Initial claims fell by 36,000 over the previous week's level, however the number of people filing under Pandemic Unemployment Assistance (PUA) program for workers who aren't normally eligible rose by more than 34,000 to 650,120.

The data is also complicated by most-populous state California's decision to pause processing claims for the two weeks to October 3 to address a backlog, meaning the level it reported Thursday was the same as the previous week and will be revised later.

The drop in initial claims was better than forecast but remains well above the single worst week reported during the 2008-2010 global financial crisis more than six months after business shutdowns to stop the spread of Covid-19 began in the US.

"Filings are stuck at a high level," Rubeela Farooqi of High Frequency Economics said, adding that the pause in California reporting introduces "volatility" into the data.

"Layoff announcements are also ongoing. Even as jobs are being recovered, job losses are mounting, indicative of continuing strains in the labor market."

The insured unemployment rate dropped 0.6 points to 8.1 percent in the week ended September 19, the latest for which data was available.

More than 26.5 million people were receiving benefits in all programs as of September 12, the data said, an increase of nearly 485,000 from the week prior though the data isn't seasonally adjusted.

The four-week moving average of new claims is decreasing by less than 12,000 per-week, which Ian Shepherdson of Pantheon Macroeconomics said means they are set to reach 665,000 -- the level of the worst single week of the global financial crisis -- in January.

"The labor market clearly is still in turmoil," he said.