NY Times White House reporter and wife infected with COVID-19: 'The collateral damage is going to be significant' 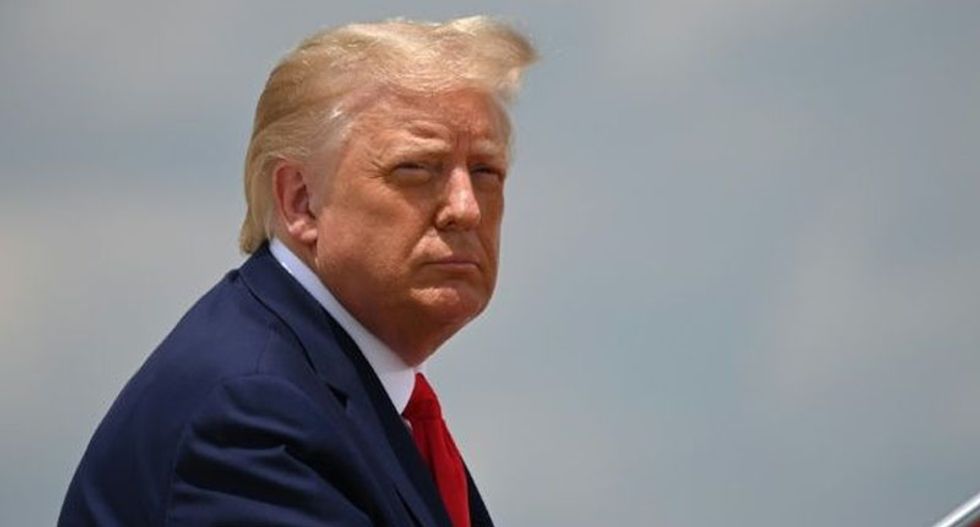 The outbreak of coronavirus infections in and around the White House is not only affecting President Donald Trump and his Republican allies — it is also affecting Michael D. Shear, a White House reporter for the New York Times who has tested positive for the COVID-19 coronavirus. And Shear and others in the media are noting that Shear's wife has tested positive as well.

The Times reporter told Axios, "My wife has now tested positive for COVID. The collateral damage is going to be pretty significant, I think."

Kate Brannen, editorial director at Just Security, tweeted that quote. And Susan Glasser, a staff writer for The New Yorker who often appears on CNN, tweeted that Michael D. Shear is an "indefatigable White House reporter and great friend and colleague. Now, he and his wife are sick because of the president's gross disregard for basic health precautions in his own White House. What an awful, preventable mess."

The Axios article quoting Shear was written by journalists Alayna Treene, Alexi McCammond and Mike Allen and focuses on Trump's political response to his illness. Before leaving Walter Reed Military Medical Center on Monday, October 5, Trump tweeted, "Don't be afraid of Covid. Don't let it dominate your life. We have developed, under the Trump Administration, some really great drugs & knowledge. I feel better than I did 20 years ago!"

The "don't be afraid of COVID-19" attitude, Trump's critics have been arguing, is a big part of why he was infected with the novel coronavirus — and why so many of Trump's Republican allies have tested positive, from adviser Kellyanne Conway to former New Jersey Gov. Chris Christie to Trump's campaign manager, Bill Stepien, to Republican National Committee Chair Ronna Romney McDaniel to White House Press Secretary Kayleigh McEnany.

Appearing on CNN's "New Day" this week, Shear discussed his COVID-19 diagnosis and told hosts Alisyn Camerota and John Berman, "I've not been contacted by the White House. No one from the White House has asked anything about where I was, who I talked to, or who else I might have infected. And so, I think that just shows you that they are not taking it seriously — at least as it pertains to themselves."

Interviewed on condition of anonymity, a White House source told Axios, "It's insane that (Trump) would return to the White House and jeopardize his staff's health when we are still learning of new cases among senior staff. This place is a cesspool."