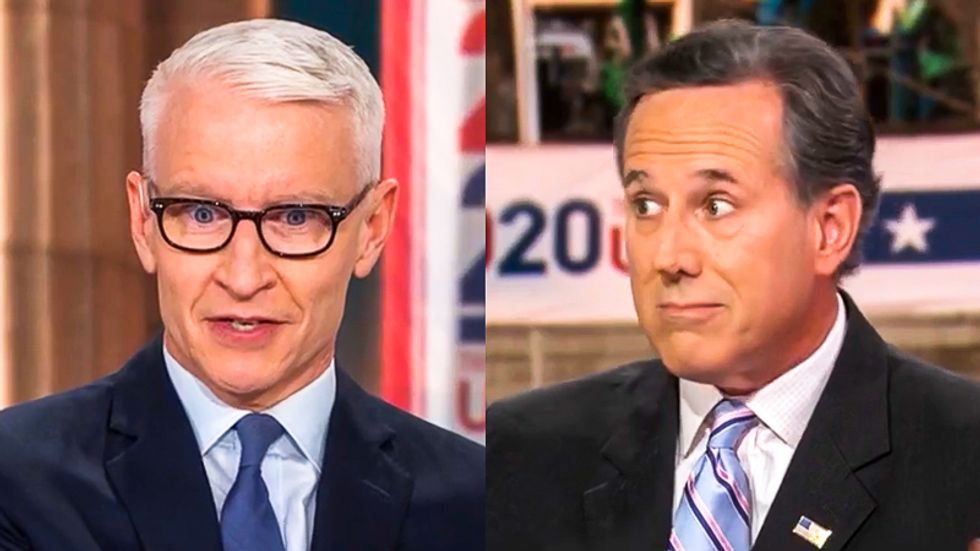 CNN's Anderson Cooper called the President of the United States "pathetic" on Wednesday after conservative pundit Rick Santorum defended the notion that COVID-19 is a "blessing from God."

In a video posted to Twitter earlier in the evening, Trump said that he was thankful for being infected with COVID-19 because the treatment left him feeling "perfect."

"We have a president who is positive for COVID-19 in the White House," Cooper explained on CNN, "possibly infecting others. And the White House and the president have been covering up when he became positive, when he last tested negative."

"And he's saying it's a blessing from God," the CNN host added, causing Santorum to interrupt.

"He said it's a blessing from God because he now knows of a treatment that can help people," Santorum opined.

"Are you saying he didn't know?" Cooper shot back. "The fact he didn't know that was a treatment beforehand is pretty pathetic. Only when it happens to him that he suddenly wakes up and pays attention?"