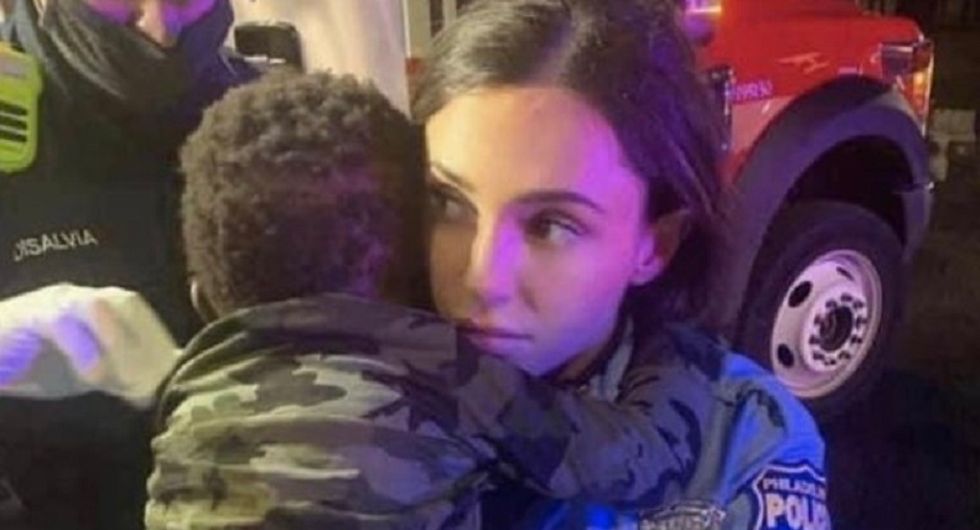 The Fraternal Order of Police this week posted a photo on its social media accounts that showed a police officer holding a Black child that they claimed had been abandoned by his family.

“This child was lost during the violent riots in Philadelphia, wandering around barefoot in an area that was experiencing complete lawlessness,” the union claimed. “The only thing this Philadelphia police officer cared about in that moment was protecting this child.”

This claim, however, was proven to be untrue and the Fraternal Order of Police subsequently deleted the post after The Philadelphia Inquirer asked for a comment on the situation.

Now, an attorney representing the child's family is accusing the police of using the boy as "propaganda" while lying about their own actions toward his family.

The incident occurred when Rickia Young, a 28-year-old Black woman drove her SUV through an area that was seeing protests related to the police killing of Walter Wallace, Jr.

Even though Young was not involved at all in the protests, her attorneys tell the Washington Post, the police approached her car and "yanked the boy from the back seat of an SUV after busting all of the windows and violently arresting and injuring his mother, who was later released without charges."

It was after this that the police posted a photo of the officer holding the boy while falsely claiming that he was seen "wandering around barefoot."

“It’s propaganda,” attorney Riley H. Ross III, who is representing Young and her family, told the Post. “Using this kid in a way to say, ‘This kid was in danger and the police were only there to save him,’ when the police actually caused the danger. That little boy is terrified because of what the police did.”

Young had to be taken to the hospital and treated for injuries resulting from the violent arrest before she was eventually released and reunited with her son.