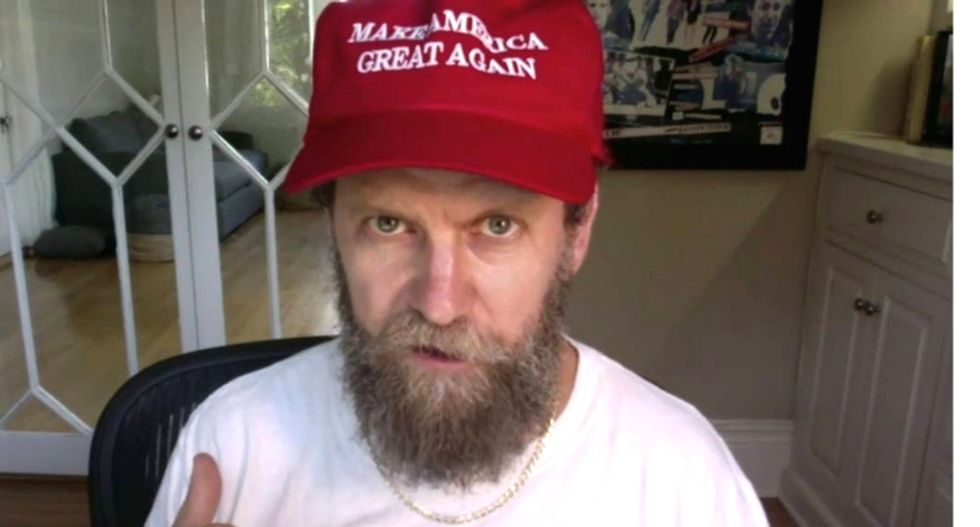 The founder of a controversial right-wing organization that Donald Trump refused to condemn during Tuesday night's presidential campaign rallied supporters outside Walter Reed Medical Center as the president remained hospitalized inside.

Trump was airlifted from the White House on Friday and is one of a growing number of top Republicans who have caught COVID-19.

On Saturday, "Proud Boys" founder Gavin McInnes was spotted outside the hospital, as the crowd reportedly chanted his name.

During his debate with Joe Biden, Trump refused to condemn the "Proud Boys."

"Members of the far-right group the Proud Boys are celebrating comments made by President Donald Trump after he was asked ​to condemn White supremacists, and refused to do so, during Tuesday's presidential debate," CNN reported Thursday. "The President instead used ​his allotted time to blame ​what he called 'antifa and the left' for violence and to tell the Proud Boys to 'stand back and stand by.'"

"Some emblazoned the ​phrase "stand back and stand by" onto the group's logos. Others treated the President​'s choice of the words 'stand by' as a sort of rallying cry -- and have since been promoting it. Now, they're turning it into profit by selling merchandise with the comment on it," CNN reported.