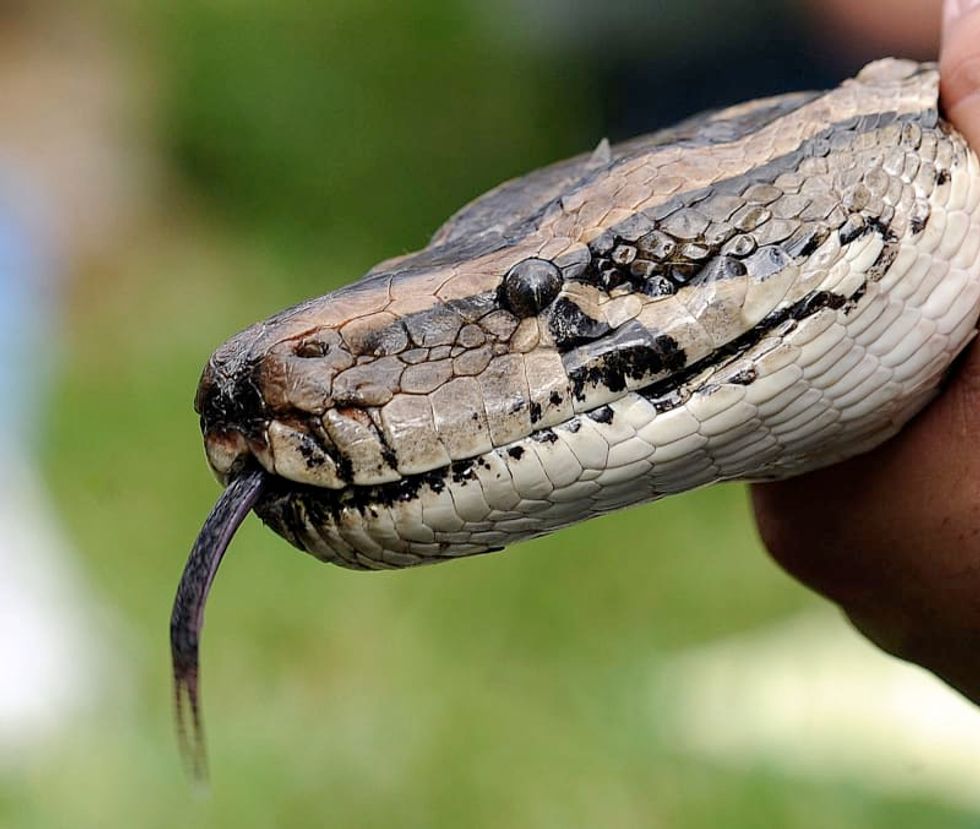 ORLANDO, Fla. — One of the latest pythons to be caught in the Everglades is a record-breaker.A pair of trappers caught the 18-foot, 9-inch invasive Burmese python on a hunt working for the South Florida Water Management District.Ryan Ausburn and Kevin Pavlidis caught the 104-pound female on Oct. 2 as part of the district’s Python Elimination Program, which has seen the capture of nearly 4,000 of the snakes since 2017. The snake was found about 35 miles west of Miami, and its length surpasses the previous record of 18 feet, 8 inches, from 2013.Officials have said capturing females is paramount ...