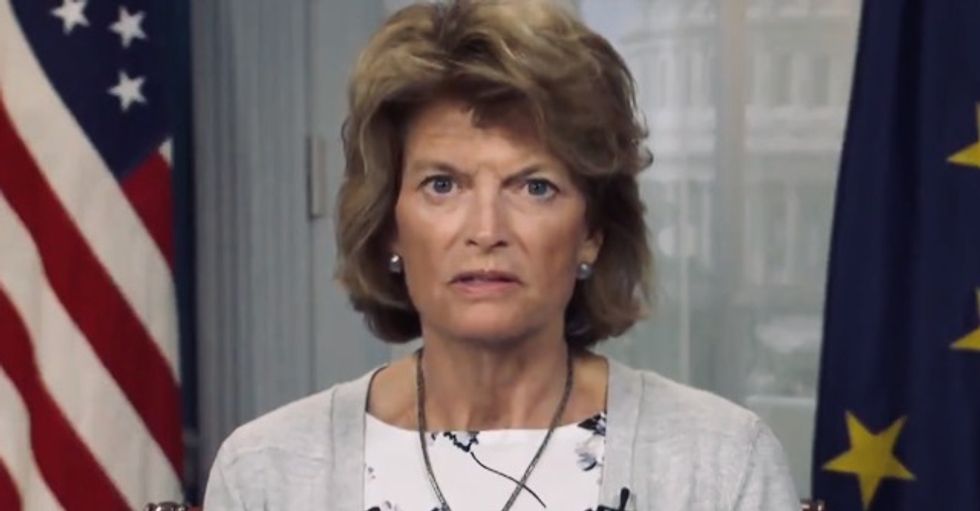 Sen. Lisa Murkowski (R-AK) said that she didn't support the vote of Judge Amy Coney Barrett, given that Americans were already voting, and the GOP previously said that there shouldn't be a judge approved in an election year. It was the reason Sen. Mitch McConnell refused to hold a hearing on Judge Merrick Garland in 2016.

But Murkowski backed out of her promise, saying that she would support the nomination.

"I've concluded she's the sort of person we want on the Supreme Court," Murkowski said, despite Barrett's opposition to a woman's right to choose. "While I oppose the process that led us to this point, I do not hold it against her."

It drew anger online for those calling out her hypocrisy and her lie that she'd do the right thing.

@lisamurkowski Shame on you. How dare you undermine healthcare for Alaskans.
— Miranda Mirror (@Miranda Mirror) 1603570780.0

From Murkowski. Same routine Republicans pulled with Kavanaugh, acting like it's some sort of punishment if the rig… https://t.co/iz1EfZAfGH
— Max Kennerly (@Max Kennerly) 1603570660.0