Republicans’ COVID crisis is ‘spiraling out of control’ and US ally worries Ivanka may end up president: report 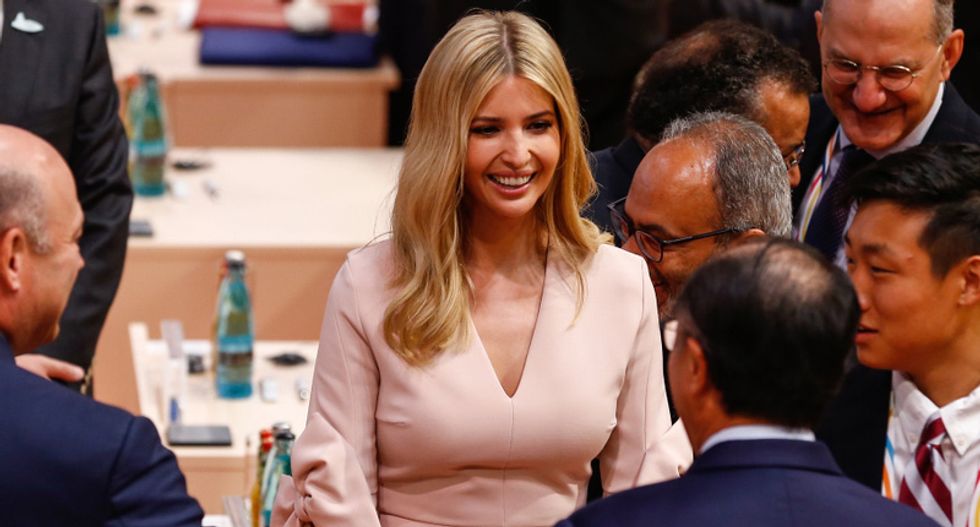 Ivanka Trump, daughter of the President of the United States, Donald Trump; assists at the G20 summit in Hamburg, Germany. (Gil Corzo / Shutterstock.com)

There are only 31 days left until the 2020 U.S. presidential election and three GOP senators are currently in quarantine for the COVID-19, making the U.S. Senate potentially up for grabs. Trump is currently undergoing treatment for COVID-19 at Walter Reed Medical Center and there's a pending U.S. Supreme Court pick literally waiting in the wings for the GOP to add her to the bench.

In an article for Vanity Fair Saturday, special correspondent Gabriel Sherman said he was approached by a prominent Republican who offered, “It’s weird that all these Republicans are getting it. I don’t know what the fuck is going on. But one thing I’ve learned is: when something major happens 30 days before an election, it usually has to do with the election.”

An outside White House adviser told Sherman that a high-level government official from a G-7 country asked him if Trump would try to appoint Ivanka president instead of Mike Pence.

“He’s broken every norm so far, so they think anything is possible,” the source said.