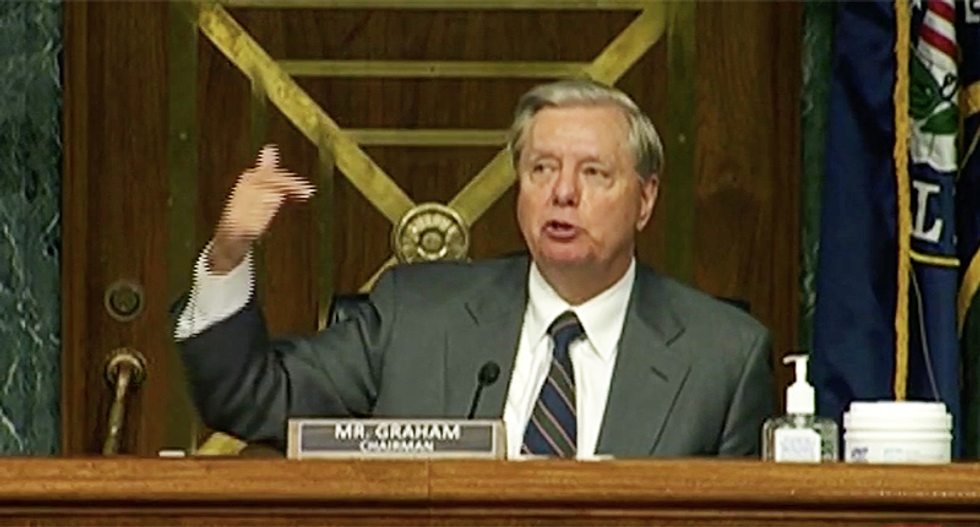 A CNN panel couldn't help but notice the hypocrisy from Republicans saying that judges like Amy Coney Barrett shouldn't legislate from the bench. The problem, they said, is that they're demanding the Supreme Court do exactly that as they try to unmake the Affordable Care Act.

"You go to the question of, well, what does it mean to leave policymaking to legislators, in the context of the Affordable Care Act?" asked Abby Philip, noting that it has been a topic of conversation from Democratic senators. "I think this is an interesting thing, and perhaps Jeffrey or Joan has insight. Republicans all day long have been saying the court should not legislate. She basically reiterated that idea today, but what we face with this Affordable Care Act case that will come before the court in November is a case in which Congress did legislate and the federal government now wants to invalidate that law. So, I do think it raises some questions and I think it would be borne out later this week how it policymaking legislate to the legislature applies specifically to the Affordable Care Act. I think that will be the question of the week."

"You heard this over and over again from the Republican senators, is that you know, the courts, the Supreme Courts should let legislators legislate, not try to solve society's problems," he said. "That we should be the ones to do health care, but what are we doing in the Affordable Care Act case? They are demanding the Supreme Court of the United States throw the whole thing out, with no replacement. I mean, it's so outrageous, of all issues to be exercised about, the Trump administration, having failed over and over again to come up with a replacement for Obamacare, is simply throwing it on the courts saying you get rid of it and maybe something good will happen result."

Political analyst Gloria Borger noted that if Republican senators think everything should be left up to the legislature to legislate, then that means leaving it up to the voters to decide those legislators.

"What about her own nomination, which is taking place in the middle of an election?" she asked. "You might be able to say, wait a minute, let's let the voters speak, as Kamala Harris said, before jamming through a Supreme Court nominee, which is exactly what is going on here. And there's one thing -- you didn't hear from her, and I think it's going to be asked, this question of whether, she said, 'I see it from the point of view of my opponents if it were one of my children who lost a case,' the question that I think has to be raised to her, would you recuse yourself from election cases? If you're looking at from the opponent's point of view. Because you're being appointed by somebody who has a vested interest in that case. I'm sure the members, the Democrats will be asking that question. I doubt they'll get a direct answer about it, but I think the public deserves to hear it."

It's unclear if Democrats will ask if Barrett would recuse herself from cases she believes are examples of "legislating from the bench."