Republicans upset with Steve Mnuchin for 'giving away the store' in stimulus negotiations with Nancy Pelosi: report 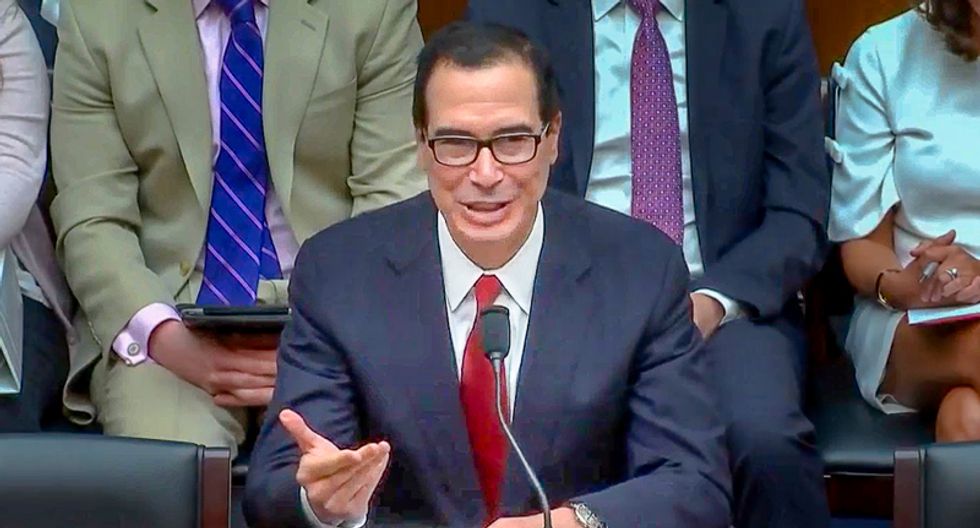 According to the Washington Post, Treasury Secretary Steven Mnuchin is garnering the frustration of Republicans for making what they see as unacceptable compromises with Democrats in his quest for a stimulus deal with House Speaker Nancy Pelosi (D-CA).

“He negotiates harder with his own side than he does with her. Folks over here are sick of it,” one Senate GOP aide told the Post, adding that Republicans were “reaching boiling point with him” as Mnuchin “gives and gives and gives and gets nothing in return.”

Another GOP aide told the Post that "the feeling is he’s giving away the store."

"No one is surprised, but yes frustrated," the aide continued. "The idea that our conference is going to go along with whatever bad deal he cuts with Pelosi is completely unrealistic."