Republicans want to impose a 'backward-looking' agenda through the Supreme Court — and they're not hiding it: Conservative columnist 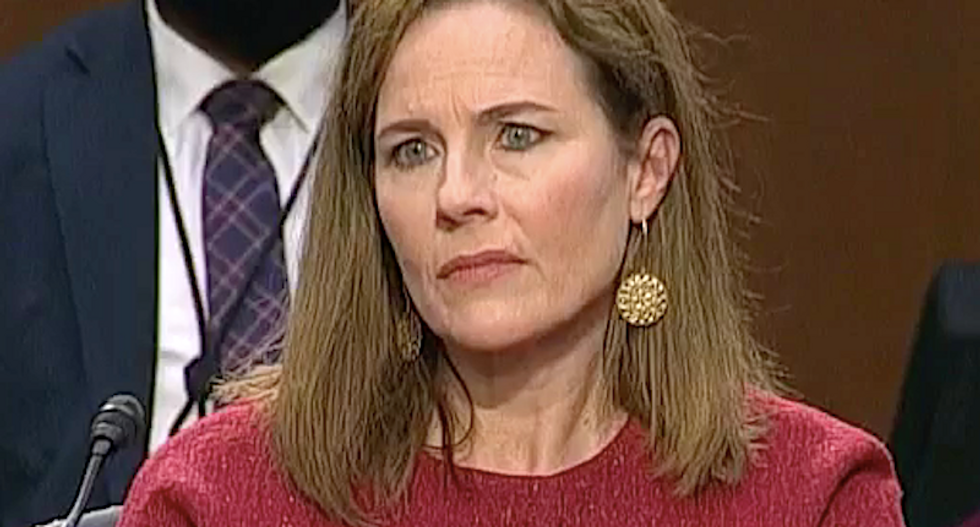 On Tuesday, writing for The Washington Post, conservative columnist Jennifer Rubin tore into Senate Republicans for their badly-concealed hunger to turn the Supreme Court into a political weapon.

"Senate Judiciary Committee Chair Lindsey O. Graham (R-S.C.) showed some candor for once," wrote Rubin. "Instead of denying that he wanted to use the Supreme Court to achieve what President Trump and Republicans could not — repealing the Affordable Care Act — he started out Tuesday’s hearing on Judge Amy Coney Barrett’s confirmation with a confession, of sorts," saying that "Obamacare has been a disaster for the state of South Carolina. All of you over there want to impose Obamacare on South Carolina. We don’t want it. We want something better."

"The American people have plainly said otherwise, having flipped the House in 2018 to Democratic control, largely on the issue of health care. We are also in the middle of an election, during which voters can once again make their voices heard," wrote Rubin. "But Graham and his colleagues, surely sensing a massive defeat ahead, figure Barrett will be the ticket to dismantling the popular health-care statute. Clarity is refreshing."

Graham's remarks, wrote Rubin, are a window into the GOP's entire view of the courts.

"The party that used to see the Supreme Court as interlopers into the political process now looks to 'originalists' to create a pathway to right-wing outcomes," wrote Rubin. "It is fortunate that we can see how closely Republicans’ purported judicial philosophy tracks its agenda. The public is telling us they want a vigorous federal government to address a once-in-a-generation health and economic crisis, racial injustice and global warming. The only way Republicans are going to keep those popular demands from becoming policy (e.g., invalidating carbon emission standards, watering down the Voting Rights Act) is by finding eager allies on the federal bench."

"In a sense, voters now get perfect clarity: Republicans want no significant change in the racial and gender status quo, a hogtied federal government and broad exemptions for those flashing the 'religious liberty' card to shield them from perceived threats to their image of a White, Christian America. That’s the world they are desperately trying to fortify with a Supreme Court entirely out of step with the times," wrote Rubin. "The larger Republicans’ defeat in November, the harder it will be to maintain their backward-looking conception of America."