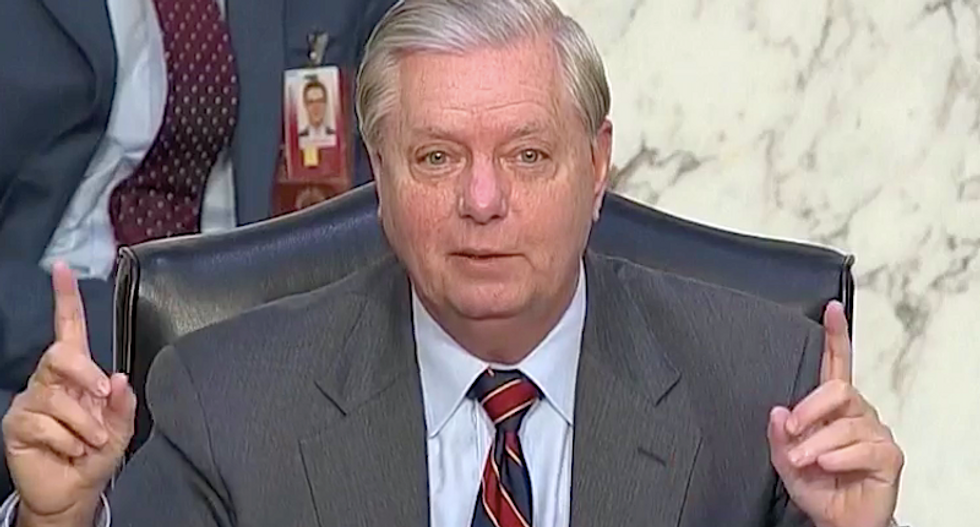 Chairman Lindsey Graham has forced Judge Amy Coney Barrett's Supreme Court nomination through the Senate Judiciary Committee. By a 12-0 margin Republicans have voted to send her nomination to the full Senate for confirmation. Democrats boycotted the final vote.

Barrett is a religious right extremist who has ties to an anti-LGBTQ hate group. She opposes the Affordable Care Act and a woman's right to have an abortion. Barrett, who subscribes to the pseudo practice of constitutional interpretation known as originalism, has also made clear she does not believe in respecting precedent, called stare decisis.

Graham is accused of again breaking committee rules as there were no Democrats present.