Senior officials: We weren't aware of Ratcliffe's altered press notes on election security until it was too late 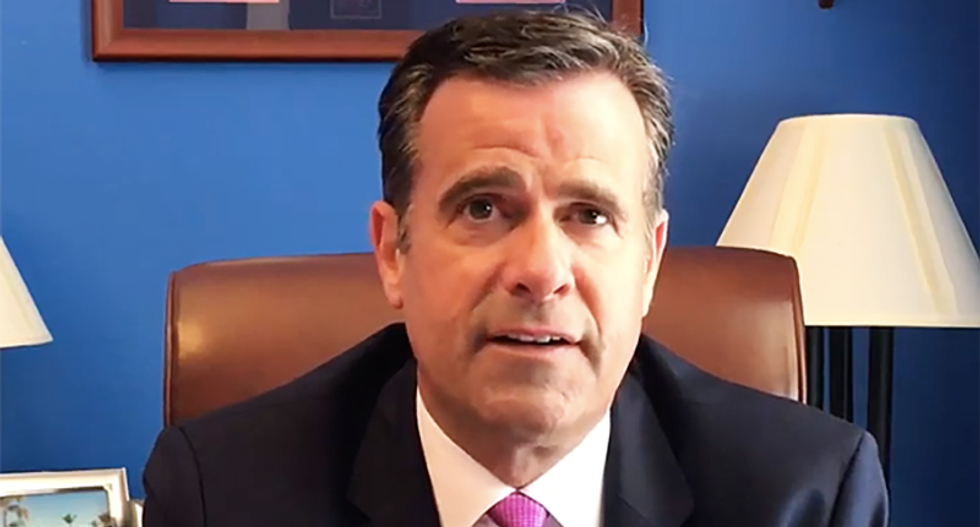 Two senior administration officials are now saying that John Ratcliffe, director of National Intelligence, "went off script" when he mentioned during a press conference last week that Iran was sending intimidating emails to Americans in an effort to "damage President Trump."

Ratcliffe’s prepared remarks about the foreign election interference did not originally include the reference to Trump, Politico reported. They were shown to and signed off by FBI Director Chris Wray and senior DHS official Chris Krebs, the director of the department’s Cybersecurity and Infrastructure Agency. During the press conference, Wray and Krebs stood with Ratcliffe, but were not aware of the change.

Ratcliffe had made the decision on his own earlier in the day to hold the press conference about the spoofed emails, the officials said. The FBI and CISA joined in on the briefing so that the warning about Iranian and Russian interference in the presidential election would be seen as independent and apolitical.

A senior intelligence official said that Ratcliffe’s remarks were being edited, “until mere moments before he went on stage” and that “the broad strokes were shared with agencies who had equities in the press conference to make sure everyone was on the same page.”

Journalists were given little warning about the election interference press conference, up to 30 minutes to prepare.