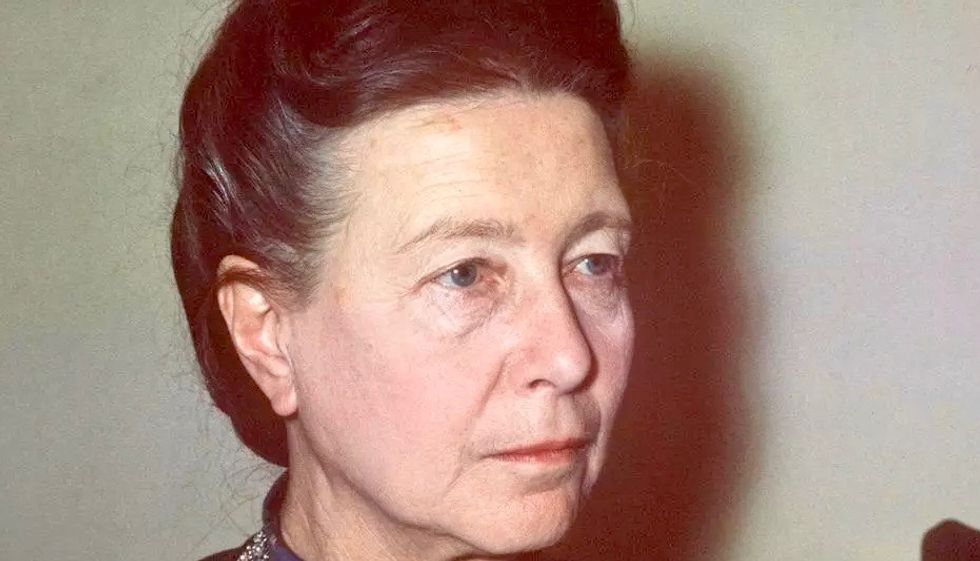 A tragic love story that Simone de Beauvoir thought "too intimate" to publish during her lifetime will finally see the light of day Wednesday, 34 years after her death.

The great feminist writer recounts her teenage crush for another girl in "Les Inseparables", the story of a "passionate and tragic friendship between two rebellious young girls."

But de Beauvoir put the deeply autobiographical novel into a bottom drawer after her partner Jean-Paul Sartre "held his nose" when he read it.

The author of "The Second Sex" wrote how she became "instantly charmed by her new classmate", Elisabeth "Zaza" Lacoin, who died of encephalitis at the age of 21.

"From the day I met you," she wrote, "you were everything for me."

In the novel, the de Beauvoir character does "her all in order to make Andree (a thinly-disguised Zaza) love her back," said the 2Seas literary agency, who handled the foreign rights for the book.

Described as "moving, gripping coming-of-age novel" that "outlines Simone de Beauvoir's personal battle against the conventional expectations", de Beauvoir finished it in 1954, five years after her feminist masterpiece was published.

It's theme of "the friendship between two young women struggling against conventional ideas of what a woman should be in early 20th-century Paris" echoed "The Second Sex".

The book's English publishers, Vintage, said the two girls were expected to be "devout, obedient and obliged from a young age to set aside her own interests and passions" for the men in their lives.

The writer went on to have several other relationships with women, some of whom were also Sartre's lovers.

De Beauvoir first evoked her relationship with Zaza in her "Memoirs of a Dutiful Daughter".

The two were so close during World War I and the 1920s that fellow students and teachers at their school called them the "inseparables".

Zaza's relationship with the communist philosopher Maurice Merleau-Ponty, whom she had met through de Beauvoir, scandalised her traditionalist Catholic family.

He appears as a charismatic student in the story, and one of his classmates was none other than Sartre.

The pair quarrelled and then permanently fell out over Soviet communism around the time the novel was written.

By then the object of de Beauvoir's unrequited love was long dead.

Some have questioned whether Sartre's rift with Merleau-Ponty may have also played a part in de Beauvoir putting the book to one side.

"It is said that it was Jean-Paul Sartre himself who advised De Beauvoir not to publish the novel, considering it of little interest," the philosopher Paul B. Preciado wrote in the French daily Liberation.

But Sylvie Le Bon de Beauvoir, the writer's adopted daughter, thinks that it was she herself who finally renounced it despite several rewrites.

In the preface to the book -- which will be published in English next year -- she argued that de Beauvoir found "the final fictional transcription of [her love for Zaza] unsatisfying".