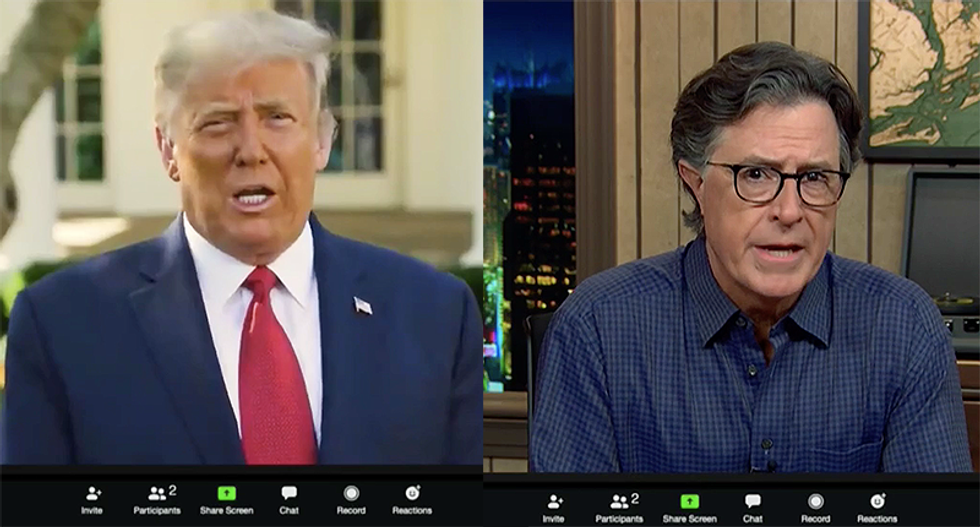 According to the president, he hated Vice President Mike Pence's performance, and the only way he was able to get through it was with "drugs" and "various other drugs."

"Tell me about the care you received at Walter Reed," Colbert asked Trump.

"We have the greatest doctors in the world," Trump said.

"And they helped you feel better?" Colbert asked.

"So, we have the greatest doctors in the world, but you diagnosed and then healed yourself? " Colbert asked.

See the fake interview below: