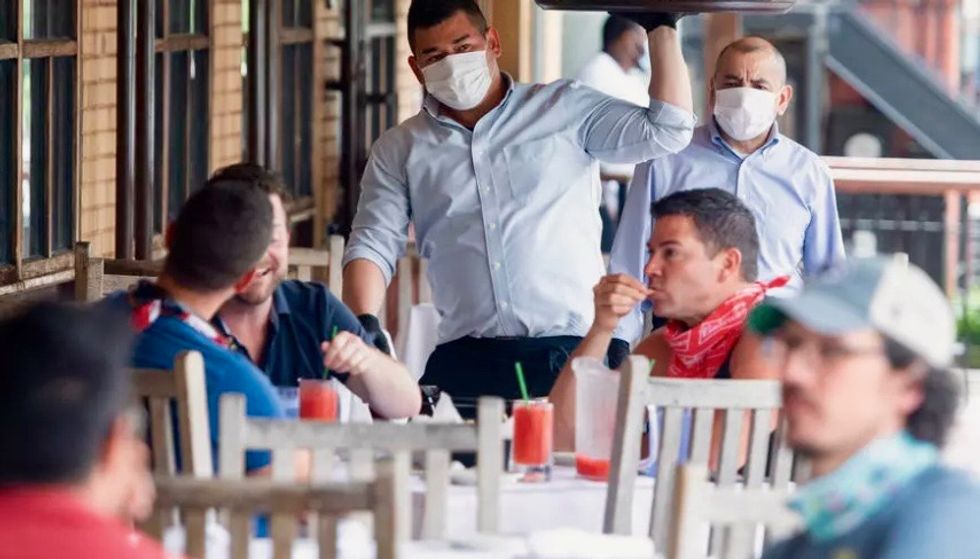 The US economy is starting to reopen, but many firms will need help to stay afloat SAUL LOEB AFP/File
Healthcare workers at Jacobi Medical Center in the Bronx on April 17, 2020 rallied against a policy change that made it more difficult for them to take paid sick leave. (Photo: Angela Weiss/AFP via Getty Images)

A team of health policy researchers found that the emergency paid sick leave benefit passed by Congress in March to curb the coronavirus pandemic did "flatten the curve" and prevent a substantial number of Covid-19 cases in the U.S., but despite the fact that this policy improved the nation's public health, it is set to expire at the end of 2020, well before the crisis is expected to subside.

Nicolas Ziebarth, an associate professor at Cornell University who contributed to the study, told HuffPost on Friday that paid sick leave, like mask-wearing, is a crucial measure that can curb the transmission of Covid-19.

"It's not a magic bullet, but it's one tool that's been shown to work," Ziebarth said. "Over and over again. It's one tool in the toolbox that helps to bring down case numbers."

According to the researchers, the emergency benefit resulted in 400 fewer confirmed Covid-19 cases per day in states where workers gained access to paid sick leave for the first time as a result of the FFCRA.

The findings are all the more significant when one considers the limitations of this legislation. As Common Dreams reported in March, the FFCRA provided paid sick leave to only 20% of the private sector workforce and excluded workers at companies with more than 500 employees.

After 51 Republican senators voted against expanding the provision to all workers, Sen. Bernie Sanders (I-Vt.) pointed out on social media that the overwhelming majority of U.S. workers in the food service industry—where the disease transmission link is obvious—often continue to be deprived of paid sick leave.

Despite the deficiencies of the FFCRA's paid sick leave provision, the researchers still found that the emergency benefit's expansion of coverage to an estimated one-fifth of the workforce was "a highly effective policy tool to flatten the curve."

The researchers cautioned that the pending expiration of the benefit at the end of the year increases the risk of rising infection rates heading into 2021.

Ziebarth hypothesized that the lack of universal paid sick leave policy in the U.S. is one reason why the coronavirus crisis has been so much more devastating in this country than in Europe.

Vickie Shabo, a senior fellow for Paid Leave Policy and Strategy at the Better Life Lab, part of the progressive advocacy group New America, told HuffPost: "This [study] shows why Congress has to act with haste to extend and expand the [emergency benefit] and why we need a national permanent paid sick days law."