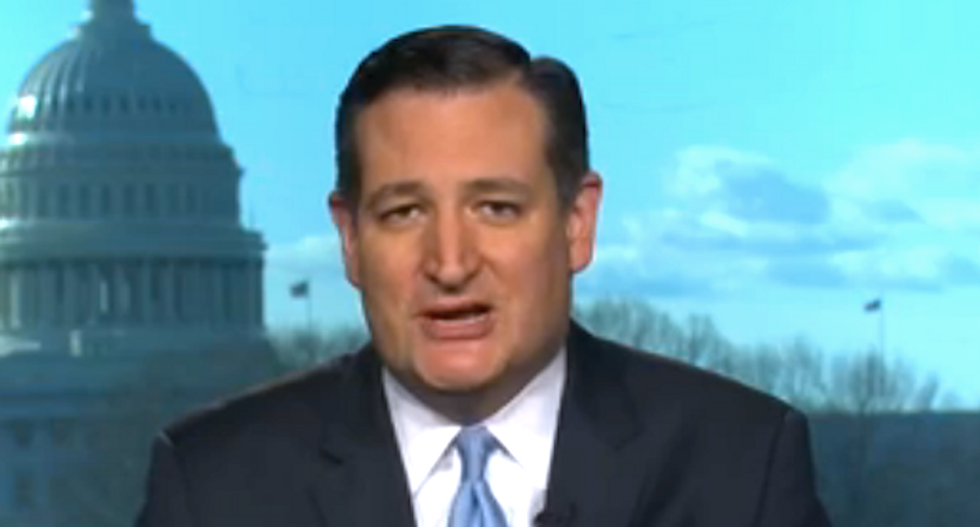 Sen. Ted Cruz (R-TX) is warning that Republicans could face a "bloodbath" in the coming elections if American voters remain unhappy with the state of the economy and the novel coronavirus pandemic.

During an appearance on CNBC's "Squawk Box," Cruz said that Republicans could win the election "if people are going back to work, if they’re optimistic, if they’re positive about the future."

However, the senator warned that the opposite scenario could also come to pass.

"But I also think if on Election Day, people are angry and they’ve given up hope and they’re depressed, which is what Pelosi, and Schumer want them to be, I think it could be a terrible election," he warned. "I think we could lose the White House and both houses of Congress, that it could be a bloodbath of Watergate proportions."

Cruz then falsely blamed Pelosi for holding up a relief aid deal, despite the fact that President Donald Trump was the one who unilaterally called off negotiations just this week.

However, Cruz said that he spoke with the president earlier this week and claimed that he's now changed his mind and wants to make a deal after all.