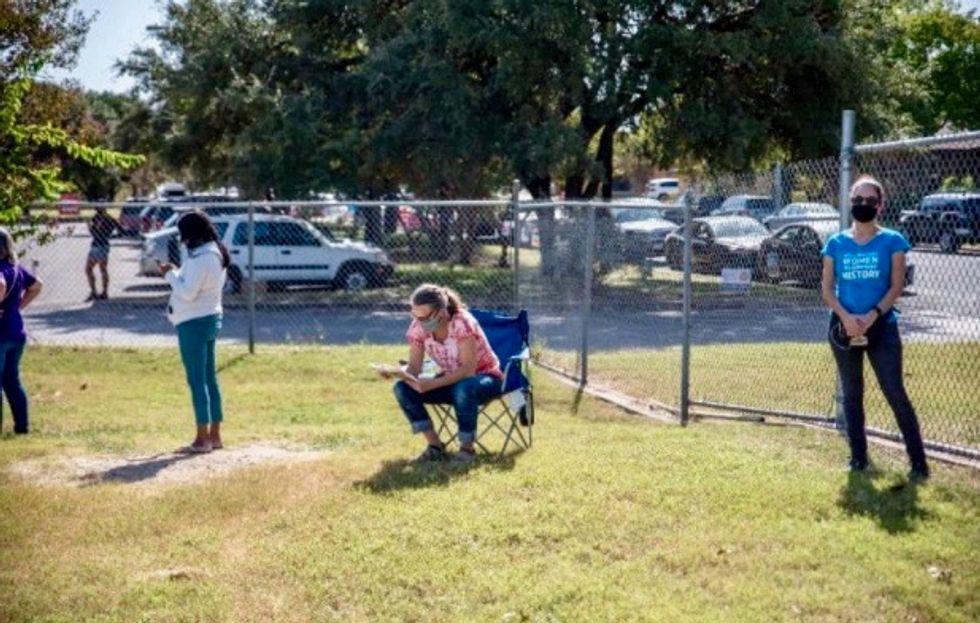 Voters wait in line at a polling location on October 13, 2020 in Austin, Texas (AFP)

Just two weeks away from the US presidential election, Texas is leading the country in early voting, with more than four million ballots already cast, according to a count by a US university.

The election in Texas, traditionally a conservative bastion which has backed Republican candidates since 1980, is under close scrutiny, with some polls showing Democratic challenger Joe Biden in a position to edge out President Donald Trump.

The number of votes already cast in the large southern state is already equal to 45 percent of the total number of ballots cast in 2016, according to the US Elections Project, a count run by Florida University.

Almost 30 million people have already voted across the United States.

Conservative Texas governor Greg Abbott, who has the backing of President Donald Trump, has in recent months sent mixed messages on his support for early voting, which Americans have adopted in huge numbers this year because of the coronavirus pandemic.

On October 1, Abbott limited the number of places where voters could cast their ballots early without using the postal service, creating logistical hurdles in some counties like Houston and Dallas where millions of voters live.