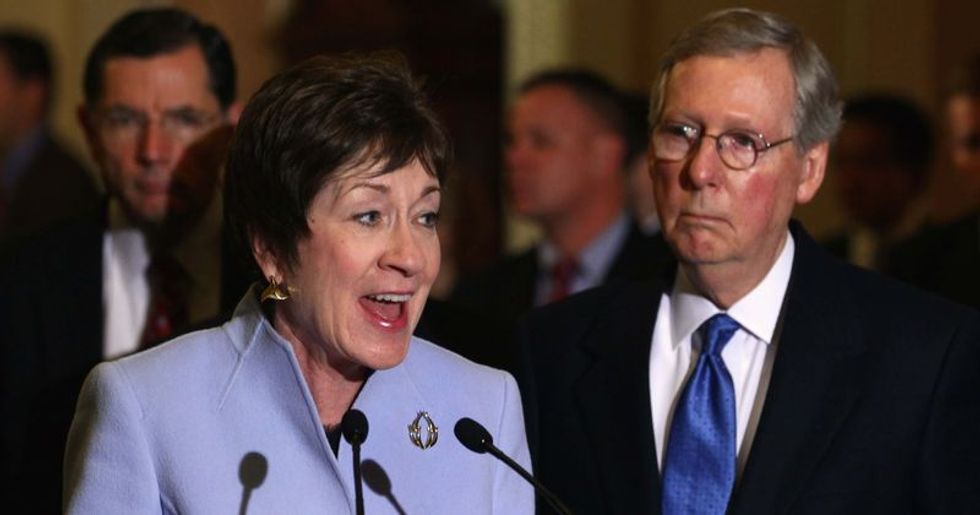 People are acting shocked—shocked, I tell you!—that the Trump/GOP strategy on coronavirus is essentially one of promoting herd immunity with the possible downside of as many as 2.5 million dead Americans.

We shouldn’t be surprised. It’s simply the logical extension of conservative policies on pretty much everything for the past 90 years—policies that have killed a hell of a lot more than just 2.5 million people.

Republicans simply don’t believe it’s part of the job of government to provide for the “general welfare” of the American people; instead, government—in their minds—should only run the police and the military, while maintaining a stable currency so business can function. Here are some other beliefs driving Republican policies:

After the Republican Great Depression struck in 1929 and about a third of Americans lost their jobs, homeless exploded, and hunger stalked the land, Republican President Herbert Hoover’s treasury secretary, Andrew Mellon, famously argued that saving the economy and American workers was the duty of the private sector, not government. Instead of helping out working people, Mellon’s advice was just to let everything crash, and the very, very rich (like himself) would eventually pick up the pieces and start over.

“Liquidate labor, liquidate stocks, liquidate the farmers, liquidate real estate,” Mellon said. “Purge the rottenness out of the system. High costs of living and high living will come down… enterprising people will pick up the wrecks from less competent people.”

Back in 2000, when Mike Pence was running for Congress, he laid out clearly a more modern version of the same philosophy. About 340,000 Americans died that year from smoking-related illness, but, Pence wrote, “Despite the hysteria from the political class and the media, smoking doesn’t kill.”

Instead, much like Trump saying that most people who get COVID-19 don’t die from it and that lots of Americans die from the flu, Pence added, “In fact, 2 out of every three smokers does not die from a smoking related illness and 9 out of ten smokers do not contract lung cancer.”

Instead, Pence—the man who today is heading up our coronavirus effort—said we should be wary of “Government big enough to protect us from our own stubborn wills.”

After all, Pence pointed out, “[A] government of such plenary power, once conceived will hardly stop at tobacco. Surely the scourge of fatty foods and their attendant cost to the health care economy bears some consideration. How about the role of caffeine in fomenting greater stress in the lives of working Americans? Don’t get me started about the dangers of sports utility vehicles!”

Which should remind us that Republicans even fought against seat belt laws and other car safety regulations, as well as nutrition labeling on children’s cereals and baby food, and country-of-origin labeling on any foods. And they continue to block action on climate change, which is killing Americans from coast to coast via floods, hurricanes, wildfires, tornadoes and heatstroke.

If Mike Pence was just fine with hundreds of thousands of Americans dying from an entirely preventable tobacco addiction, why would he fret about a mere quarter-million who have died so far from a novel virus?

Republicans simply don’t believe that protecting the people of America is a legitimate function of government. And they’re strengthened and disciplined in that belief by the hundreds of millions of dollars industry and hard-right billionaires shower on them every year at every level of elected politics.

We’re literally the only developed country in the world where this bizarre belief is held by about half of the nation’s politicians, and much of that can be traced to the influence of Libertarian billionaires like the Kochs and their network, but it is what it is.

So let’s stop being “amazed” that Trump, Pence and their GOP allies refuse to mandate or even federally facilitate widespread testing and contact tracing, or have the Postal Service deliver five masks to every American, or pick up the medical or burial costs of people infected because of this administration’s lack of action.

This is nothing new; it’s what Republicans always do.

Thom Hartmann is America’s number one progressive talk-show host and the New York Times bestselling author of The Hidden History of American Oligarchy and more than 30 other books in print. He is a writing fellow at the Independent Media Institute.