The View’s Whoopi Goldberg blows up GOP's whining about judicial activism: We wouldn’t have the right to vote without it 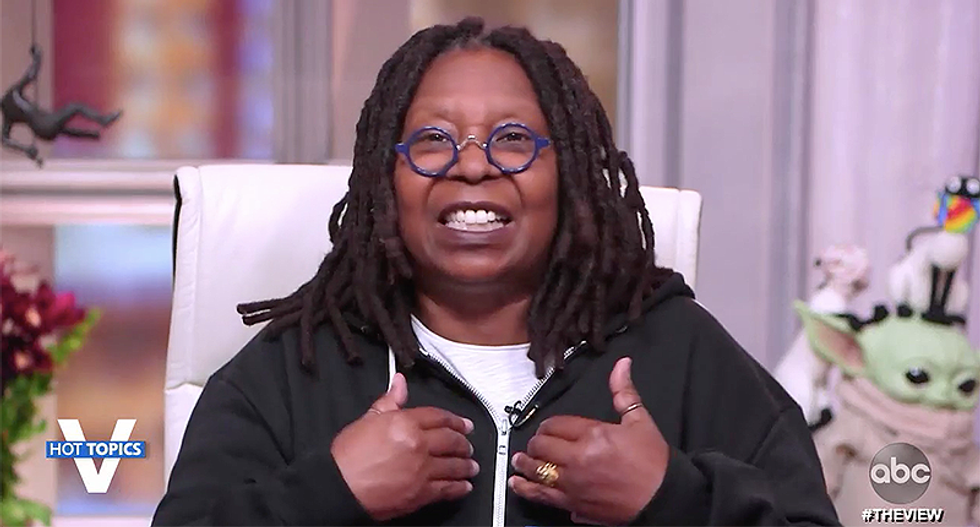 Sen. Ted Cruz (R-TX) and other conservative senators have tried to claim that the courts aren't the ones who should be able to make laws and that it is for the legislature to do. "The View's" Whoopi Goldberg fact-checked the claim, saying that if it were up to the legislature she wouldn't have the right to vote or go to school with white children.

Joy Behar bashed Republicans for blocking and stacking the courts for the last six years. For two years under President Barack Obama, Republican Majority Leader Mitch McConnell (R-KY) blocked any judicial appointment that former President Barack Obama nominated. In the years that followed under President Donald Trump, McConnell has been the one who has packed the courts including the U.S. Supreme Court when they refused to allow Obama to nominate Merrick Garland.

"I just think it's interesting because talking about politicizing the court, you know, Clarence Thomas and Justice Alito decided they weren't going to hear a trial because the courts -- they felt the court had been cavalier in the treatment of religion in a case," Goldberg noted. "He wrote, 'The Court has created a problem that only it can fix.'"

Goldberg was referencing Justice Thomas criticizing the same-sex marriage decision in Obergefell v. Hodges last week, noting that he wants the court to "fix" the ruling.

"I just feel once you complain to somebody about a judge who tells you, you know, 'when we come back, we're going to talk about getting rid of this,'" Goldberg continued, again citing Thomas' demand to get rid of same-sex marriage. "That is not what I want to hear as an American citizen. I want to know that you are listening to, what people are telling you and fighting and saying, this is why you can't do this. I don't understand why that's not happening."

Republican commentator Ana Navarro noted that the whole conversation is nothing more than a distraction from the Republican hypocrisy of packing the courts and refusing to play by their own rules.