The White House is empty and aides don't know what they're supposed to be doing: report 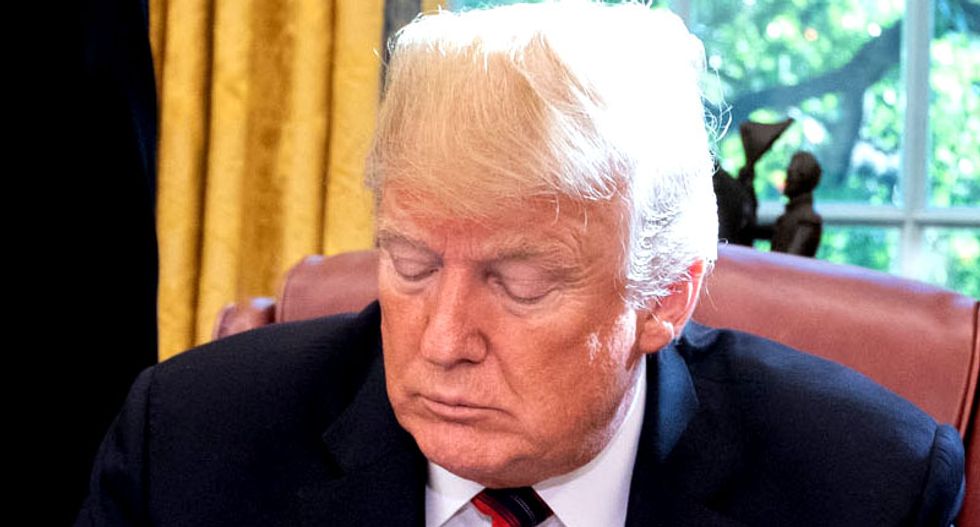 The New York Times reported that the White House is very quiet in absence of the president and top aides have no idea what they're supposed to be doing.

According to the report, it is ordinarily quiet when the president is out of the West Wing because the staff follows the president wherever they go. In this case, it's even more vacant as staff is quarantining at home after aide Hope Hicks and other staffers quickly spread the coronavirus through the White House. There's no one barking orders, as the chief of staff, former Rep. Mark Meadows (R-NC), is at the hospital with the president.

"Missing as well in recent days has been a deployment of West Wing staff members, including Pat Cipollone, the White House counsel, and some communications staff members like Julia Hahn and Ben Williamson, who have been working out of Mr. Pence's office on Capitol Hill in preparation for the expected Supreme Court confirmation hearings for Judge Amy Coney Barrett. Mr. Pence himself was working from his residence over the weekend," the Times said.

Under a normal administration, Coney Barrott would be being prepared by the White House team for her upcoming hearing at the Senate. Given COVID-19 has taken down top Republican senators, however, the vote might not happen if the senators are still contagious or struggling with the impact of the virus.

Meadows being MIA is unusual for any administration. Still, in Trump World, the staff has been frustrated with the way he operates, "neglecting to relay messages to the president from agency leaders who ask to speak with him and giving off the impression that he is focused solely on trying to score a legislative victory for himself to please the boss," said the Times.

On Capitol Hill, Trump's allies have been disturbed by the way that Meadows is managing the crisis.

"On Saturday, Mr. Meadows contradicted the everything-is-fine message delivered by the president's physician, telling reporters, 'we're still not on a clear path to a full recovery,' on the assumption that he would not be identified," the report also said. "Mr. Meadows, however, was caught on camera speaking to the reporters, making it clear that he was the source of the grimmer update."

Trump reportedly flipped out, asking who gave the quote to the press.

According to CNN's Kaitlan Collins, the White House staff were told not to come to work if they were experiencing symptoms.

White House staff just got an email telling them not to come to work if they have symptoms. If they develop them, t… https://t.co/yWAsuTyGBG
— Kaitlan Collins (@Kaitlan Collins)1601860011.0

Despite having extensive contact with Hope Hicks, Kayleigh McEnany came to the office on Friday and some of Saturday, without wearing a mask. The White House described her as "essential" and claimed she tested negative, so she could ignore CDC guidelines to quarantine.