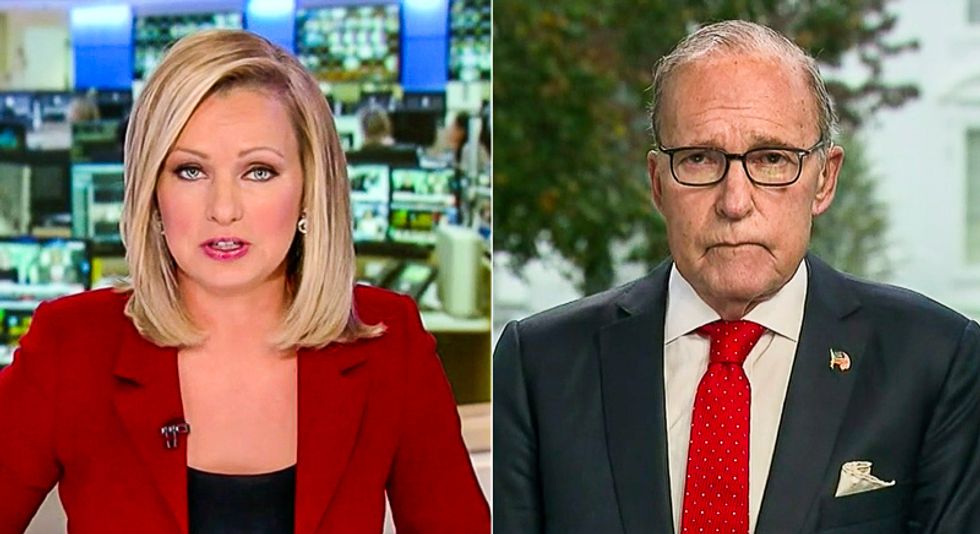 In an interview with Fox News, Kudlow claimed that there is "no hope" that a pandemic relief bill will be negotiated before the November election. The White House adviser also suggested that House Speaker Nancy Pelosi is to blame for the failure.

"Our team now believes that the Speaker has no intention of compromising on key issues," Kudlow said. "She is going to hold up key assistance, like the PPP small business assistance and unemployment assistance. She is stringing us along and basically we think there's virtually no hope."

Fox Business host Maria Bartiromo reported that Kudlow said that the White House is "pulling the plug" on negotiations.

"Game over" no stimulous before election - @larry_kudlow told me. "We are pulling the plug Also @SpeakerPelosi se… https://t.co/iBdQwWirR2
— Maria Bartiromo (@Maria Bartiromo)1603981080.0

It's not the first time the White House has walked away from negotiations.

Earlier this month, Trump said that he was halting talks with Democrats but then reversed himself hours later.