'This guy is a dog whistle': Biden lights Trump up after he claims to be 'least racist' person at debate 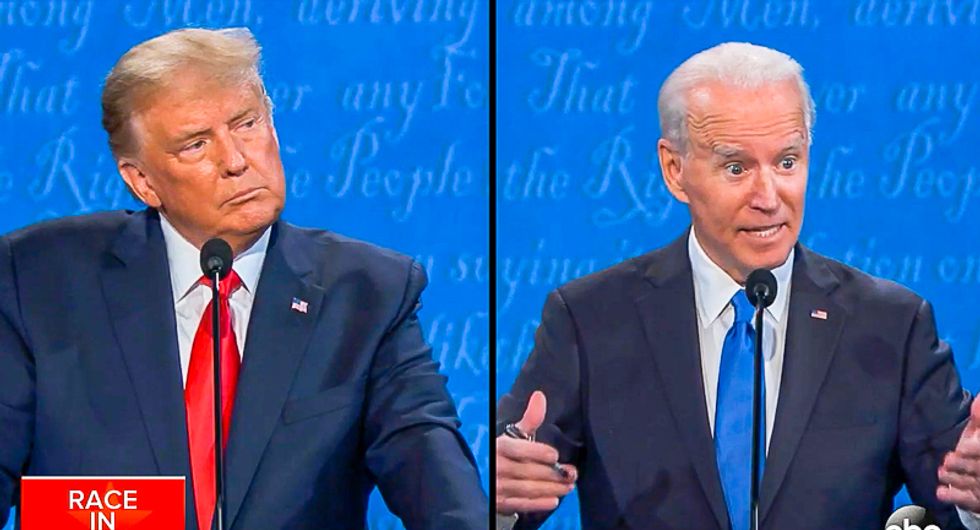 Democratic nominee Joe Biden on Thursday accused President Donald Trump of being the most racist president in modern history.

The assertion came at the final presidential debate of 2020 after Trump claimed that he was the "least racist person in this room."

"Abraham Lincoln here is one of the most racist president's we've had in modern history," Biden replied. "He pours fuel on every single racist fire. Every single one."

After detailing a list of Trump's history of racial remarks, Biden added, "Come on. This guy is a dog whistle about as big as a foghorn."