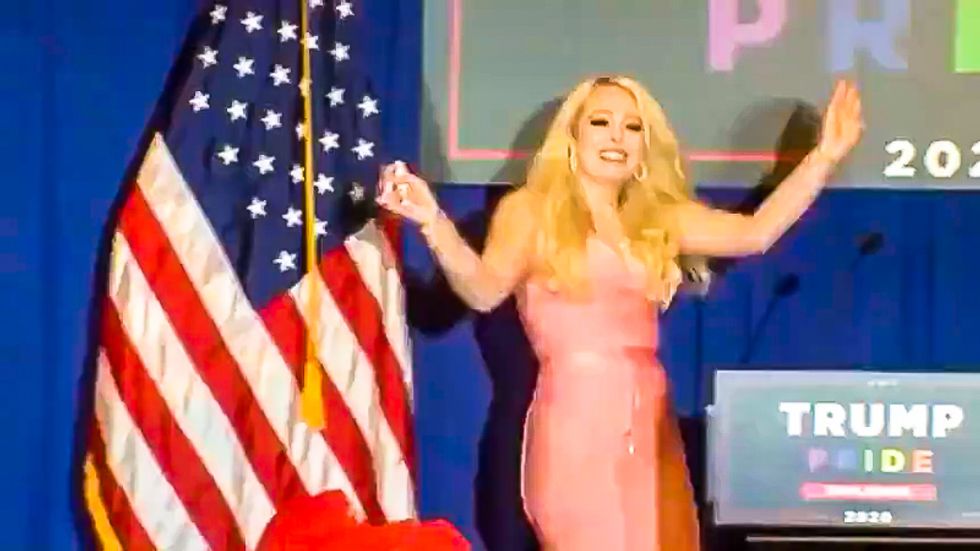 Tiffany Trump, the daughter of President Donald Trump, this week campaigned for her father's reelection at a LGBTQ Pride event.

The event was said to have around a dozen people in attendance and was co-headlined by former White House official Richard Grenell.

"I know what my father believes in," Trump said at one point. "Prior to politics, he supported gays, lesbians, the LGBQIA plus!"

Many commenters noted that she omitted the "T" from LGBTQ, which stands for transgender people.

"This may be the worst speech I’ve ever seen," Molly Jong-Fast wrote.

Watch the video clips and read some of the comments below.

I remember my first eight ball @TiffanyATrump You can really sub that in for any of the @realDonaldTrump offspring.… https://t.co/0oVMmtNw4a
— Joely Fisher (@Joely Fisher) 1603163805.0

Tiffany Trump led a tiny rally in which she claimed to have gay friends and eliminated the T from LGBTQ. Just when… https://t.co/7WqKuLtMjh
— Paul Rudnick (@Paul Rudnick) 1603165260.0

@cmclymer @MarkRuffalo @TiffanyATrump It's sad seeing her half-heartedly try to be evil. Just to feel a part of the family 😢
— Billy Procida (@Billy Procida) 1603165607.0

tiffany trump coming out to a black eyed peas song for this pride event? an act of violence https://t.co/kpXGHdjzB6
— gabe bergado (@gabe bergado) 1603167548.0