Tom Cotton: GOP senators with COVID will be 'wheeled in' to personally cast votes for Supreme Court 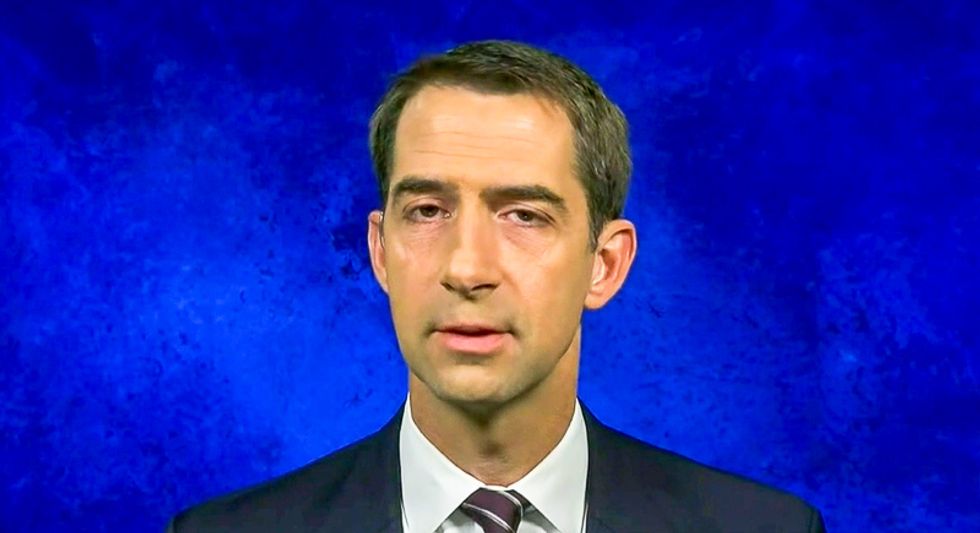 "Your colleagues have tested positive," Fox News host Maria Bartiromo told Cotton on Sunday. "It looks like it was that Amy Coney Barrett gathering at the White House to introduce her to lawmakers. That really was the place where so many people were exposed."

Cotton revealed that none of his colleagues who are positive for COVID -- Sens. Mike Lee (R-UT), Thom Tillis (R-NC) and Ron Johnson (R-WI) -- had been hospitalized for the disease.

"What I can say is everyone is eager to be at work when they need to be at work," he continued, insisting that the vote on Barrett would happen "this month."

"You think this will not impact the schedule or the agenda?" Bartiromo asked.

"No doubt about it," Cotton remarked. "Several of the senators who are in isolation right now would come out of isolation before those hearings begin."

"And then on the Senate floor later this month," the Arkansas Republican said, "first off, I think every senator who has currently tested positive or is in isolation will be back to work under normal conditions."

He added: "But if that's not the case, Maria, there is a long and venerable tradition of ill or medically infirmed senators being wheeled in to cast critical votes on the Senate floor."