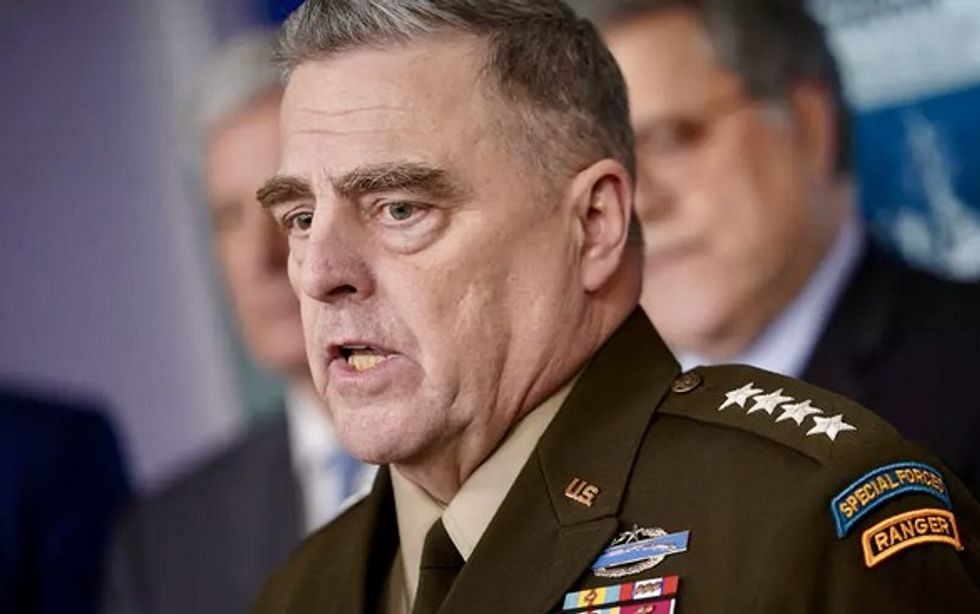 General Mark Milley, chairman of the US Joint Chiefs of Staff, is self-quarantining after contact with an infected Coast Guard officer, a military source said Tuesday.

The Pentagon said that several senior US military officers were self-quarantining after attending meetings last week with the Coast Guard's vice commandant, Admiral Charles Ray, who has tested positive for Covid-19.

"We are aware that Vice Commandant Ray has tested positive for COVID-19 and that he was at the Pentagon last week for meetings with other senior military leaders," Hoffman said. "Some meeting attendees included other Service Chiefs."

Hoffman did not specifically identify Milley as being among them, but a military source said it was a "pretty fair assessment" to conclude he was one of the officers.

"Out of an abundance of caution, all potential close contacts from these meetings are self-quarantining and have been tested this morning," Hoffman said in a statement. "No Pentagon contacts have exhibited symptoms and we have no additional positive tests to report at this time."

The Coast Guard said Ray had tested positive on Monday after experiencing mild symptoms and was quarantining at home.

Hoffman stressed that there has been "no change to the operational readiness or mission capability of the US Armed Forces."

"Senior military leaders are able to remain fully mission capable and perform their duties from an alternative work location," he said.