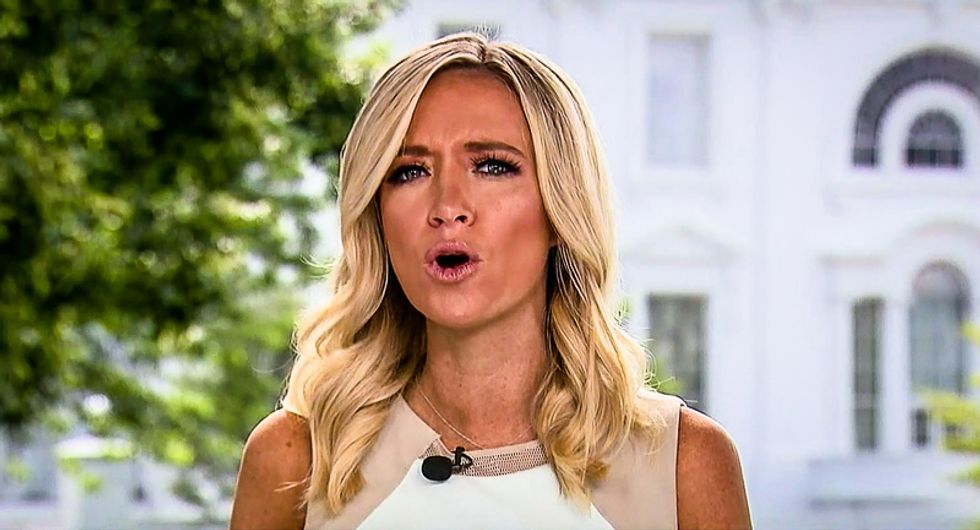 White House Press Secretary Kayleigh McEnany on Monday revealed that she has tested positive for the novel coronavirus and will now be going into quarantine.

McEnany is just the latest prominent Republican to come down with the disease, as President Donald Trump, first lady Melania Trump, and Sens. Thom Tillis (R-NC), Mike Lee (R-UT), and Ron Johnson (R-WI) have all tested positive in the last five days.

McEnany's diagnosis came after she worked at the White House on Sunday and did not wear a face mask while interacting with reporters.

Twitter users reacted harshly to McEnany's positive COVID-19 test, as many said it showed how little the Trump administration actually cares about containing a disease that so far has killed 210,000 Americans.

Here is video of Kayleigh McEnany YESTERDAY taking off her mask before talking to a group of journalists TODAY she… https://t.co/FHQc20XB30
— Judd Legum (@Judd Legum) 1601912993.0

Kayleigh McEnany has repeatedly spoken to reporters without a mask on. She has recklessly endangered lives. https://t.co/BKnrD1AWRn
— Olivia Nuzzi (@Olivia Nuzzi) 1601912054.0