Trump admits to donors it's going to be tough for the Republicans to hold the Senate: report 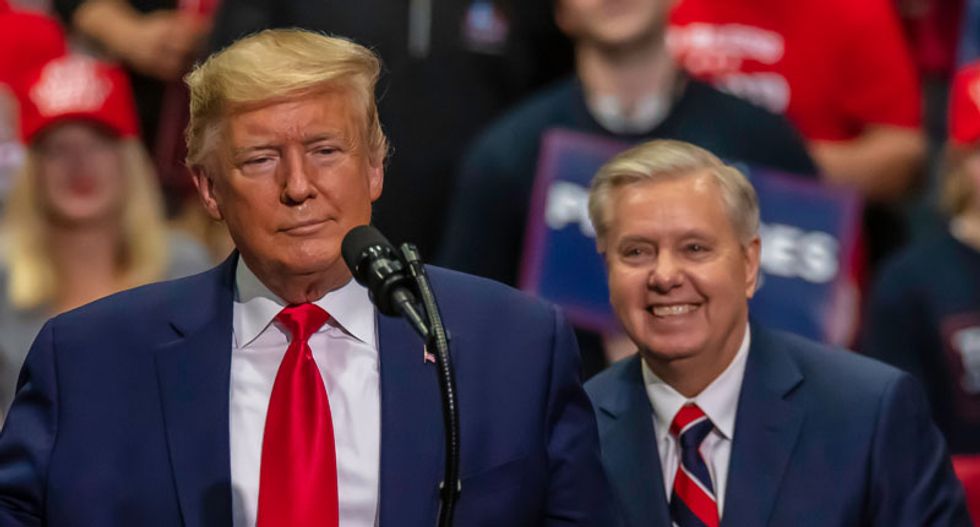 President Donald Trump spoke to Republican donors this week and revealed that he isn't sure the GOP can hold the Senate, the Washington Post reported Saturday.

During the presidential debates this week, Trump attacked Biden for accepting the flood of campaign dollars coming in to support him. The average contribution to his campaign, former Vice President Joe Biden said, is $43. But Trump claimed he could be raising billions if he wanted to.

According to the Post, Trump was begging for cash by telling his donors that the Senate could be lost. Ironically, Trump also said during a campaign rally this week that the GOP would win the House, an even tougher lift for the Republican Party, which is expected to still have a net loss of congressional seats.

"I think the Senate is tough actually. The Senate is very tough," Trump told donors at the Nashville Marriott, an attendee said. "There are a couple (sic) senators I can't really get involved in. I just can't do it. You lose your soul if you do. I can't help some of them. I don't want to help some of them."

Most candidates don't do fundraising this late in the election cycle; they go on the road to directly connect with voters. However, Trump blew through $1 billion in campaign dollars with two months left in the election and desperately needs more money to get his ads back on television.

"The GOP's 'firewall' has started to crumble, with Republicans all but sure that they'll be competing to win runoffs in Georgia in January, for example," said the Post. "Additionally, Republicans suddenly find themselves scrambling to save once safe seats, including top Trump ally Sen. Lindsey O. Graham (SC), who is being vastly outraised by Democratic opponent Jaime Harrison. Graham is still expected to win, according to South Carolina political observers."

Alternet All Access
Report typos and corrections to: corrections@rawstory.com.
Like this article ? Text `Support` to 50123 to donate.
READ COMMENTS - JOIN THE DISCUSSION