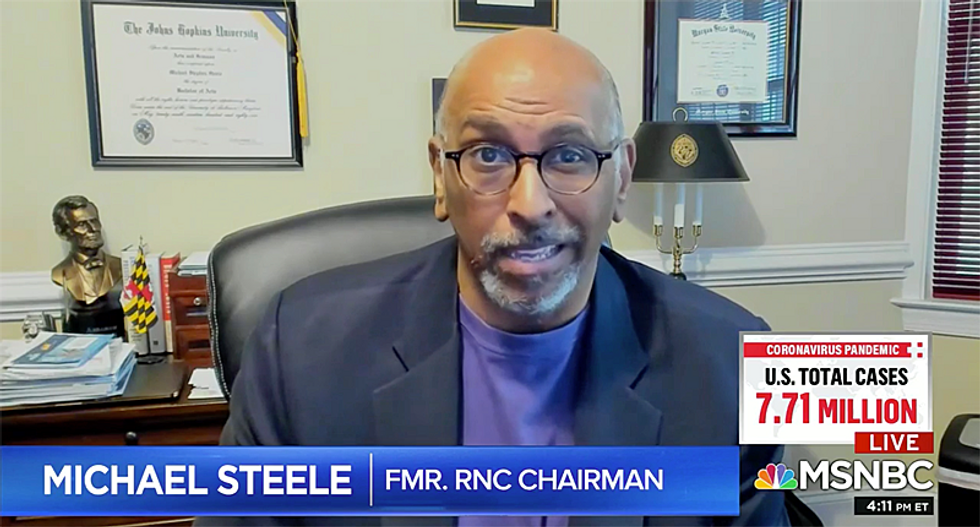 The former chairman of the Republican National Committee urged Trump aides concerned about the White House COVID-19 outbreak to quit and protect their own health.

"What do you make of the lack of transparency we're getting from the White House?" Vossoughian asked. "Especially when it affects so many people in his orbit and we have consistent reporting out of the White House in which folks that worked inside this administration are legitimately worried for their own safety and health."

"Well, then they need to quit," Steele replied.

"I don't know what else to tell them," he explained. "You're worried about your health working in a COVID-infested environment in which the president of the United States has no regard for your own health, let alone his."

"Quit. I mean, I don't know what else to tell you at this point," he continued.

"He's sick, America," Steele declared. "He's sick. He's almost 74 years old, he's got COVID-19. He's probably not tested negative, which is why they haven't released that information and the fact of the matter is that everyone is sort of still dancing around these facts. If you work in the White House and you're concerned about your health and you don't see anything changing, then I don't know why you're still there. I don't know what else to tell folks."