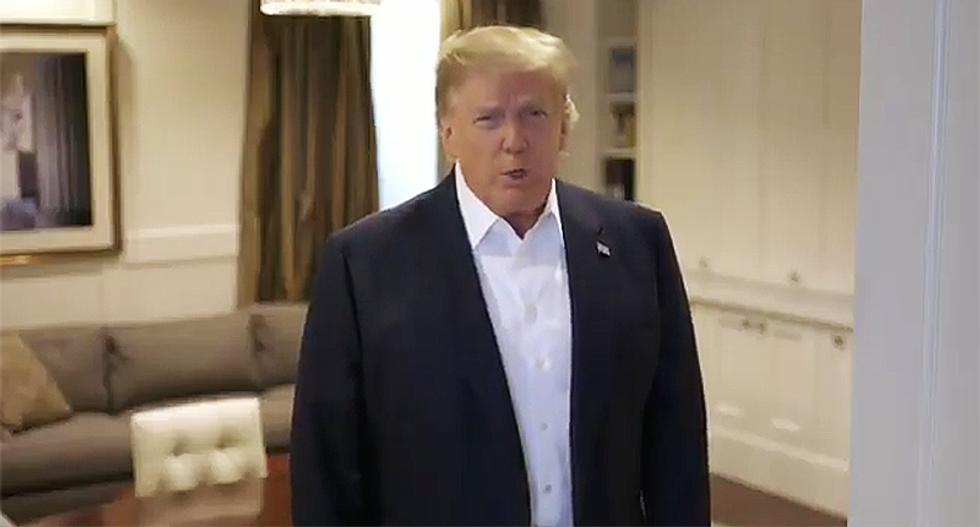 President Donald Trump appeared to be leaving Walter Reed on Sunday, a day before doctors said he "might" return to the White House. He was seen in the back seat of one of his black SUVs and waved at supporters. Trump then returned quickly to the hospital, so it's unclear if he just left the building to wave to supporters or to try and project a strong image.

Sunday morning, CNN's Dr. Sanjay Gupta said that it wasn't a good idea for Trump to return so quickly to the White House. The staff of the building doesn't just include his top aides and advisers but also includes cafeteria staff, the White House chef, personal butlers and others under the roof of the building.

Walter Reed's presidential suite, however, allows Trump to do all of the work necessary from the hospital, in an area that is safer for all of those around him.

Trump teased that he was leaving on Twitter when he said that he would have a surprise for them.

Trump has been taking experimental treatments that aren't approved for the public yet. In a video to his supporters, he confessed, "I learned a lot about COVID," saying it was like going to the best school to learn the most about the virus. He also claimed "I get it," though he didn't clarify if he now takes the virus seriously.

Dr. James Phillips, chief of disaster medicine at George Washington University, noted that every person in the car with Trump will now need to be quarantined for 14 days under CDC guidelines.