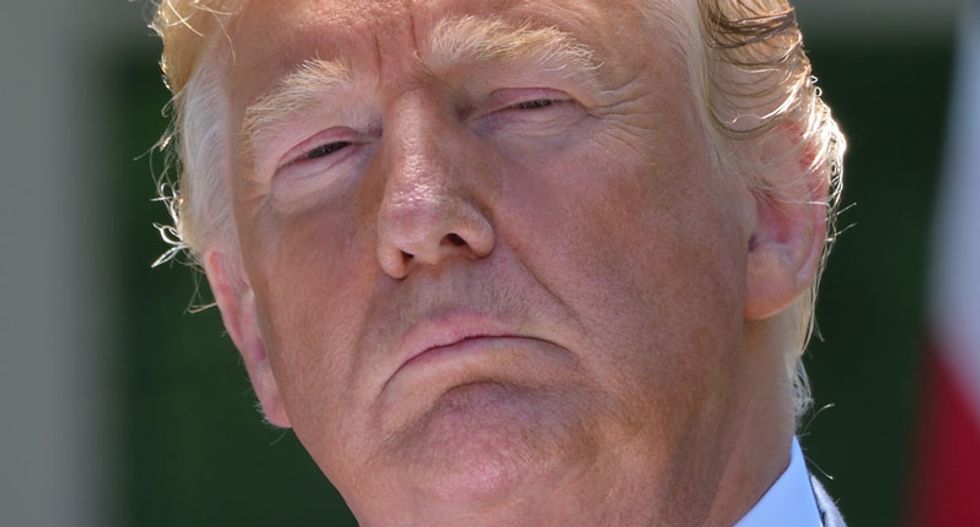 Donald Trump went into the first debate with a gargantuan challenge: He had to do something that turned around his sagging poll numbers to bring in voters, some of whom he lost to Joe Biden and desperately needs.

Joe Biden’s challenge was simply surviving the onslaught, intact. He more than achieved that while Trump more than failed at his challenge. Trump alienated everyone with his ugly interruptions and meltdowns — even though most of his own supporters will vote for him nonetheless.

Trump thinks he did really well, even as many Republican leaders and Fox News pundits do not — which could change his mind over the next few days as Trump injects himself with Fox News opinions in the way he urged people to mainline bleach to cure coronavirus. He might try to modify his approach — just as he was forced to try to walk back his promotion of white supremacy but ultimately still failed to condemn it — but we know that won’t go far. Trump doesn’t have much knowledge, and has accomplished nothing. He simply can’t have a traditional debate.

And the Commission on Presidential Debates said it will make “structural” changes to the next debates so there is more ability to control Trump’s temper tantrums. There’s even talk of having the ability to shut the mic off.

Trump’s team is already balking at this, claiming it’s changing the rules midstream. I doubt they’ll agree to it. So the commission will either do very little to make changes, or Trump will back out, having an excuse and claiming it was all “rigged.” It’s something he’d rather do — even though he told himself after the debate that he did a great job — because his heart wasn’t in this and it’s definitely not in doing two more debates.

Trump used to love debates — back in 2016 when he berated his GOP opponents (all of whom were pretty feeble) with twisted lies and insulting nicknames in the primaries, and got a lot of laughs from his fans. He went into the general election debates with that same attitude, taunting Hillary Clinton, and trying to whip up his base into humiliating her. Clinton won all the debates hands down. But for Trump, who had little to lose (he wasn’t president then, obviously, as he is now), and was closer with her in the polls than he is with Biden, there was a confidence and a bravado at those debates that was lacking in his first debate with Biden.

Yes, he was raging mad and out-of-control at this first debate with Biden, but, as I noted on my SiriusXM show yesterday, that’s different than the at-ease kind of contempt, hateful sarcasm and mockery he engages in at his rallies, always getting a hideous laugh from the crowd. He went into this debate with enormous pressure and he is very scared. So much is on the line. The possibility of investigations of his businesses, ramifications for him and his family — even prison — loom.

Unlike his rallies, the goal of this debate wasn’t to whip up a crowd of cult-followers, but rather to take down this person, Joe Biden, who Trump truly doesn’t understand. He can’t get through his head why Biden is beating him — seeing Biden as dull and lackluster — because he doesn’t grasp how much people despise him and want stability in government and true leadership.

More than that, Biden’s decency and empathy — his humanness — are kryptonite to Trump, sending him into a haze of defensiveness. So Trump went into the debate determined to engage in a blistering assault, hoping he could throw Biden off and make him unable to use his kryptonite. It didn’t work — and only brought Trump down further because he didn’t even entertain his hard-core fan base (no matter how much they’ll try to tell you otherwise) and just turned off everyone.

He truly seemed weak, overcompensating with yelling and crosstalk, and it was clear the anger was an expression of his desperation. He didn’t want to be there and he doesn’t want to do more debates.

So Trump’s campaign is likely looking for a reason to drop out of further debates even as Biden said he’s ready to continue on. But it really won’t matter, because people were so disgusted with this first debate that many won’t watch another. The vast majority of voters — more than 90% of voters — have made up their minds. Anyone who hadn’t, probably either decided after the first debate — for Biden — or, if still undecided, isn’t going to be changed by debates. It will have to be something else that makes them decide.

We’re less than four weeks from the election, and Trump missed a big opportunity to turn things around — and that’s hurting the GOP in Senate races and in the House too. A Quinnipiac University poll of South Carolina has Trump and Biden tied, and Senator Lindsey Graham tied with his challenger, Jaime Harrison. Alaska is tied between Trump and Biden in one poll, and Texas is now a battleground along with Arizona. Ohio and Iowa are now in the toss-up category, when Trump won them handily in 2016.

We have to just keep pushing forward, not take anything for granted, and try to get the biggest wins possible. That goes for the presidency as well as Congress, particularly with Trump trying to steal the election.

The worse things becomes for Trump, the more dangerous he will be and the more he’ll try to subvert the election. So, we have to remain alert, and be ready for anything.