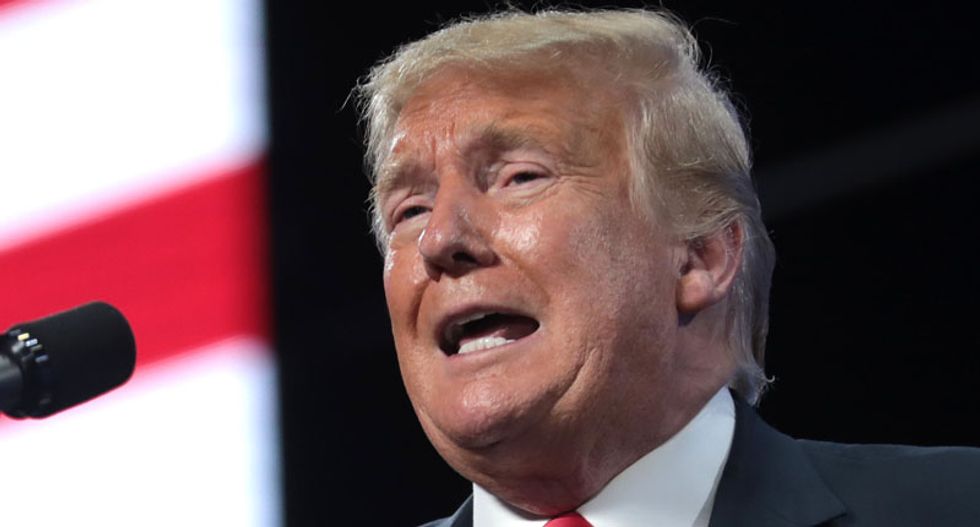 With less than two weeks until Election Day and with nearly than 40 million Americans having already voted Democratic presidential nominee Joe Biden has a commanding lead in the polls and nearly three times as much cash in the bank.

According to Politico, former Vice President Biden has $177 million in cash on hand. President Donald Trump has just $63 million.

By comparison, at this point in his 2012 re-election race then-President Barack Obama had $100 million in cash, and his Republican challenger Mitt Romney had "almost exactly the amount Trump has left this year."

Biden is in a good position, Trump is not.

And yet America's billionaire president, who promised when he first ran four years he would self fund but didn't, and promised months ago he would pony up cash to help his campaign if it were running short, hasn't.

Just six weeks ago Trump was bragging he has "double, maybe even triple" the cash on hand that he did four years ago, "but if we needed any more I'd put it up personally."

Trump hasn't lent his campaign money, nor has he given his campaign any money this year – except for a mere $8,000.

It's a staggeringly small sum, one some might say reflects what he thinks his chances of winning are and what his presidency is worth.