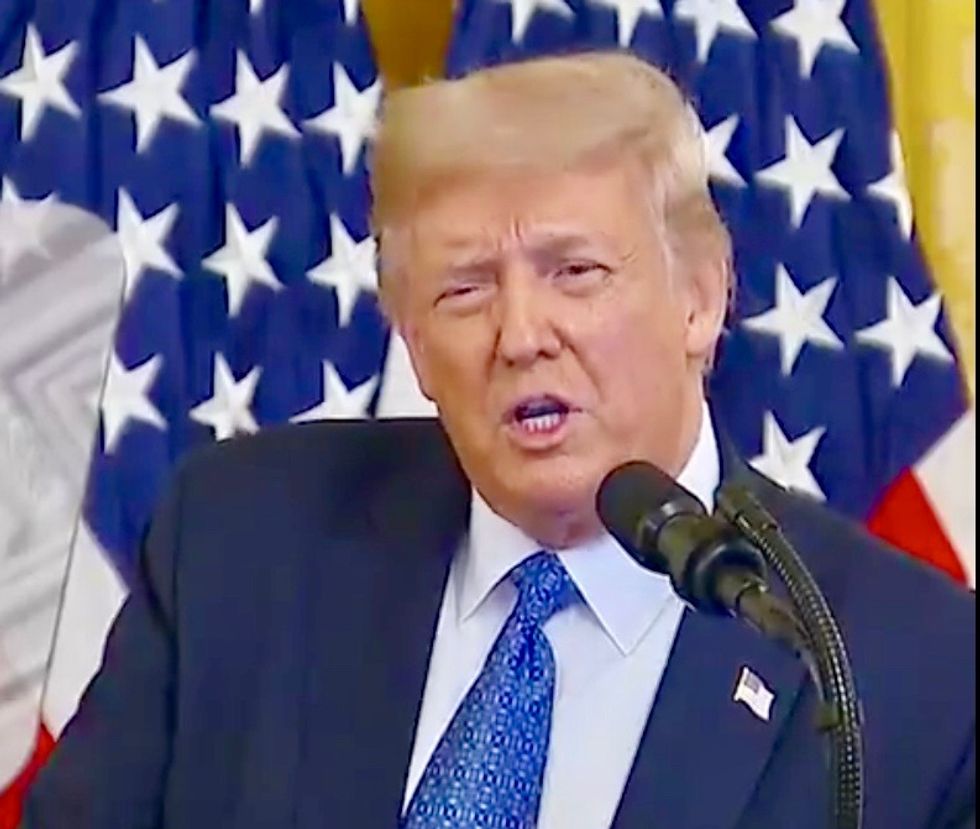 The Trump campaign has filed an official objection to the list of six topics announced by the Commission on Presidential Debates last week. Foreign policy is the theme of what would have been the third debate (Trump pulled out of the second.) Moderator Kristen Welker of NBC News chose the topics: Fighting COVID-19, American Families, Race in America, Climate Change, National Security, and Leadership.

"We write with great concern over the announced topics," said Trump campaign manager Bill Stepien in a letter sent to what he called the "Biden Debate Commission."

In it, Stepien wrongly claims that "only a few" of the topics "even touch on foreign policy."

A good candidate would even be able to turn race in America and American families into foreign policy topics, if they were knowledgable.

The rest of Stepien's lengthy two-page letter reads like a devotional to Trumpism, an attack on Joe Biden and the Debates Commission, and a gripe session.

Last week NCRM predicted the topics, most of which are policy-driven, would be challenging for Trump.

Read Stepien's letter to the Commission on Presidential Debates: