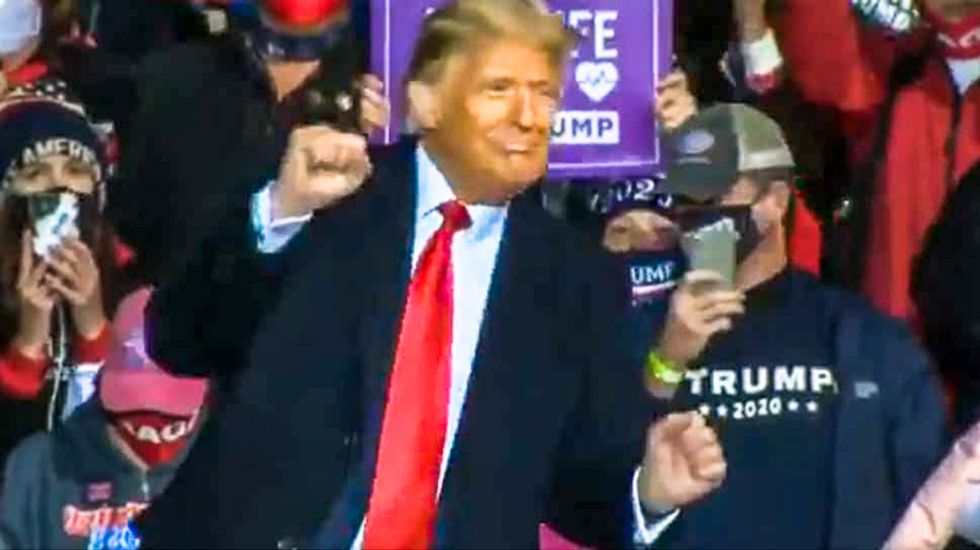 President Donald Trump's campaign is pulling out of an agreement to advertise in Ohio and Minnesota.

According to Medium Buying, the Trump campaign is cancelling advertisements that had been booked from Oct. 20 through Oct. 26.

The move comes as the Trump campaign struggles to meet Democratic nominee Joe Biden's advertising throughout the country.

"Mr. Biden has maintained a nearly 2-to-1 advantage on the airwaves for months," The New York Times reported earlier this month. "His dominance is most pronounced in three critical swing states — Michigan, Pennsylvania and Wisconsin — where he spent about $53 million to Mr. Trump’s $17 million over the past month largely on ads assailing the president’s handling of the virus as well as the economy and taxes, according to data from Advertising Analytics, an ad tracking firm."

“Television ads are a small piece of the voter outreach puzzle and the Trump campaign has perfected the art of utilizing them in the most strategic, surgical way possible,” she said. “It makes no sense to run TV ads in states we know we’re going to win, and in other states, they’re a useful tool to reach the right voters with the right message.”