Trump can ‘rage from the balcony’ but he ‘will not succeed’: Dem super lawyer promises to protect the vote 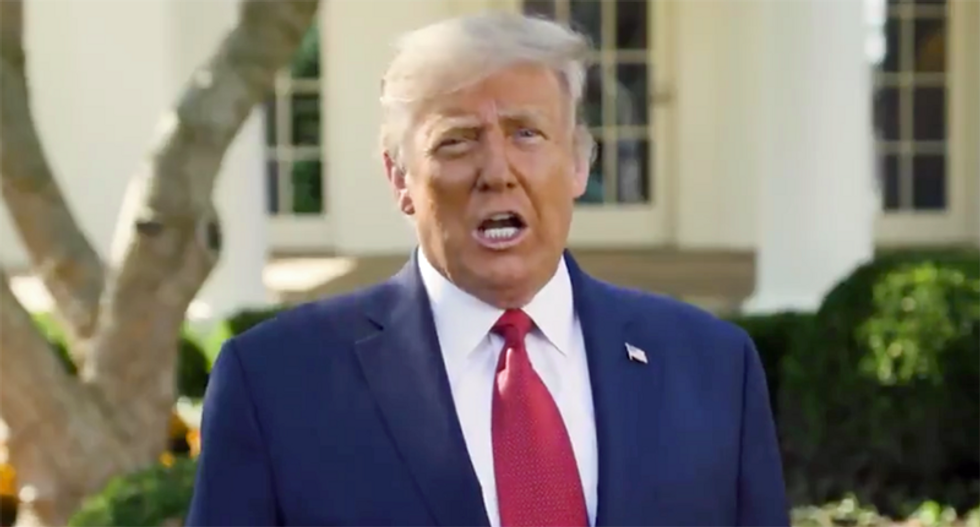 President Donald Trump has a lot of options available to him when it comes to his attempt to steal the election. That doesn't mean they'll work, however.

In an interview with Democratic "super-lawyer" Bob Bauer, "The Circus's" John Heilemann listed a few scenarios for Trump trying to steal the election.

"We already have an electoral infrastructure -- a voting system -- that is not always adequately resourced or supported," Bauer explained. "You take that system, you layer on top of it a pandemic, you lay on top of that destructive behavior by one of the major political parties who espouses this kind of nonsense, and you add on top of that the internet-distributed misinformation plays, and that just means that the task that you have to address these contingencies is much larger than it's been as a structural matter any time in the past."

Bauer leads a crew of 600 lawyers on the team and over 10,000 volunteer lawyers prepared to fight back against any illegal attempt to undermine the election or stop vote counting.

"This is significantly greater in scale than anything I've ever done before," said Bauer.

He went on to say that Trump talks an "aggressive game" when it comes to his attempts to do whatever it takes to win an election. Bauer said that when you separate fantasy from reality, however, "he's not going to be sending troops to polling places. That's not going to happen."

The agencies under Trump's command know and understand that there are legal liabilities for them if they follow an illegal order from Trump. As a result, Bauer doesn't think they'll do it.

Heilemann asked about the militia members like those who attempted to kidnap and assassinate the Michigan governor. There is a fear by many that they'll come to the polls and try and intimidate people away from voting. Bauer noted that the men, in that case, are in jail and anyone else who attempts to try and create a terrorist plot to save Trump's presidency will also land in jail.

If Trump were to try and send federal marshals to the polls to impound ballots, Bauer said it won't work either.

"He may issue an order. He may rage from the balcony of the White House about his political misfortunes and look for a magic answer and he will not succeed in issuing an effective order to have federal marshals go to polling places and have them impound ballots, " said Bauer. "It won't happen."

Contrary to Trump's belief that he has all the power in the world to do whatever he wants, he does not.

"We are still a country with constitutional and legal limits," said Bauer. There are "a whole host of constraints."

"We will not appeal to him to mind his manners, we will block him," he explained.

See the full video below

So you’re worried Trump is going to try to steal the election? Join the club. But Bob Bauer, the Democratic super-l… https://t.co/o5mZljeUq1
— John Heilemann (@John Heilemann)1603210531.0