Trump can't disavow QAnon because the conspiracy movement is too deeply embedded within his base: analysis 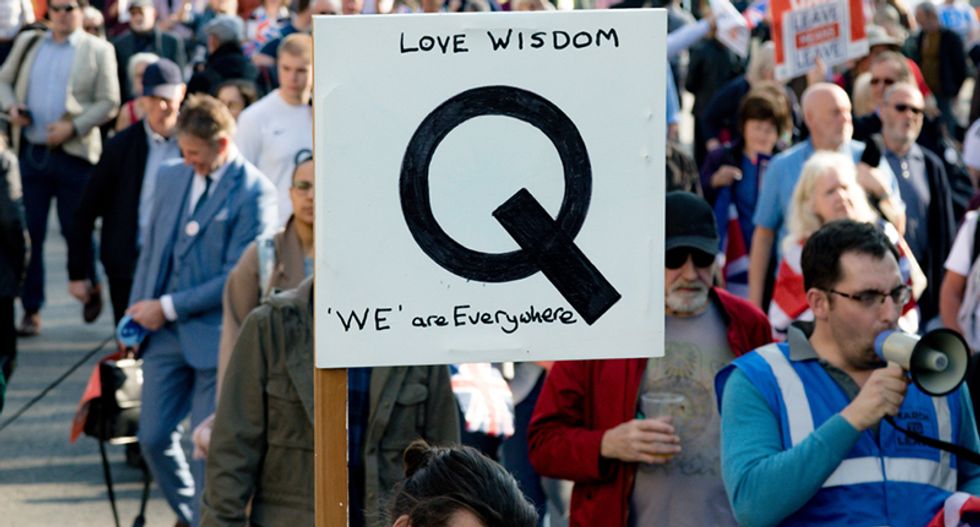 During his town hall event with NBC News this Thursday, President Trump once again failed to disavow the conspiracy movement QAnon when given the opportunity by network anchor Savannah Guthrie. While some may think Trump can easily kill the controversy by simply disavowing the cult, Right Wing Watch's Kristen Doerer says it's not that simple.

"More than just movement, it’s become a vast network that sprawls across several social media platforms with commentators amassing large followings by pushing the conspiracy theory, and Trump is at the center of it—the hero waging battle," Doerer writes. "It’s even entered such disparate spaces as the evangelical community, Seven Mountains Dominionism, mixed martial arts, and yoga and wellness spaces."

Additionally, dozens of QAnon adherents have thrown their hats into the politics ring under the GOP banner. Doerer cites a recent Morning Consult survey that found 21 percent of Republicans who engaged with QAnon content online believed the claims to be true, while another 17 percent believed them to be somewhat true.

Read the full article over at Right Wing Watch.