Trump can't stop talking about losing to someone he says is the worst candidate in history: analysis 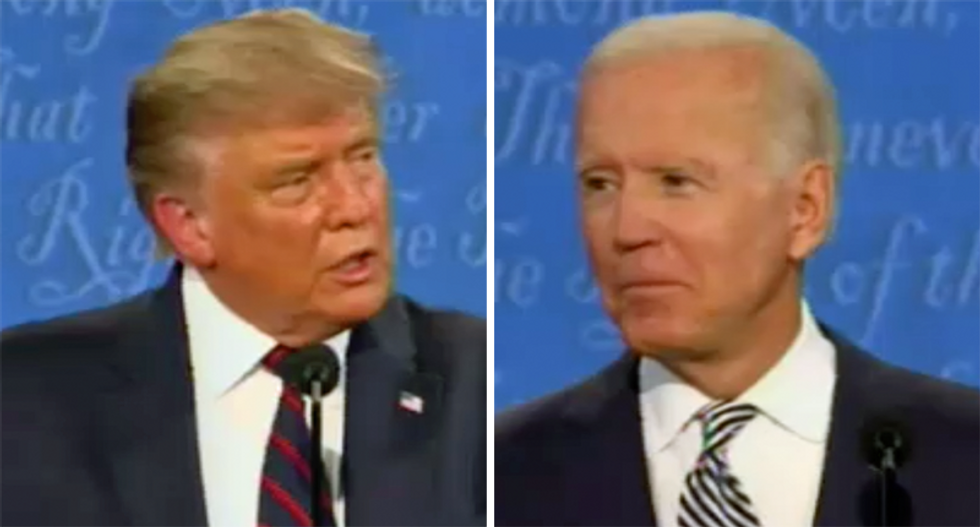 As Election Day draws closer, some polls are showing President Trump trailing Joe Biden by double digits, and according to the Washington Post's Aaron Blake, Trump increasingly has "losing on the brain" as a result.

"At numerous junctures in recent weeks and especially over the past 10 days, Trump has referred to what it would mean if he lost, pre-blamed certain things for his potential loss, and expressed apoplexy that he could be losing to this particular opponent, Joe Biden," Blake writes.

Blake cites numerous comments from Trump where he speculates about scenarios where he loses.

“If I lose, I will have lost to the worst candidate, the worst candidate in the history of presidential politics," Trump said Saturday. "If I lose, what do I do? I’d rather run against somebody who’s extraordinarily talented, at least, this way I can go and lead my life.”

The day before, Trump joked about leaving the country if Biden wins.

“Could you imagine if I lose? My whole life, what am I going to do?” Trump said. “I’m going to say I lost to the worst candidate in the history of politics. I’m not going to feel so good. Maybe I’ll have to leave the country. I don’t know.”

While the comments Blake cited were mostly in jest, they're a clear sign that Trump is somewhat preoccupied with the prospect of losing, Blake writes, adding that candidates usually try to project confidence as the finish line draw near. Instead, Trump repeatedly talks about losing to who he characterizes as the worst candidate in history.

"Trump’s invocation of losing and losing to his specific opponent are more frequent today even than they were in the 2016 campaign, when most also expected that would be his fate."

Read Blake's full analysis over at The Washington Post.