Trump catches COVID-19: what we know and what we don't 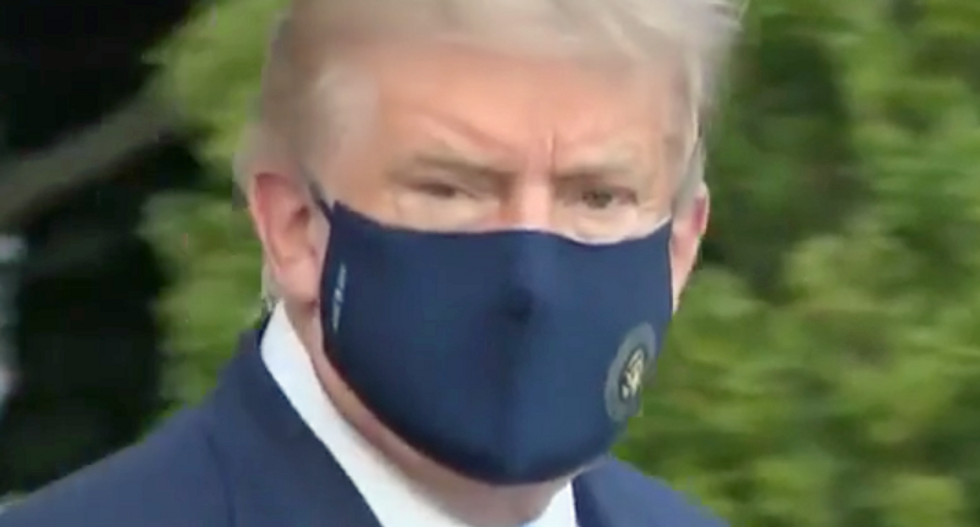 Here is a summary of the current state of events:

Where is Trump now?

Trump will spend the coming days in a military hospital just outside Washington to undergo treatment for the coronavirus, but will continue to work, the White House said Friday.

Press secretary Kayleigh McEnany told reporters Trump "will be working from the presidential offices at Walter Reed for the next few days."

The president's campaign manager Bill Stepien said earlier in the day that all previously announced campaign events ahead of the November 3 election would be held virtually or postponed.

The positive Covid-19 test also raises questions about whether two debates with Democrat Joe Biden later this month will go ahead as planned.

What treatment is he receiving?

White House physician Sean Conley said Friday that the president was "fatigued but in good spirits" and was taking an experimental Covid-19 treatment.

The treatment is undergoing clinical trials but is not yet approved by regulators.

Earlier in the day Trump's chief of staff Mark Meadows said that the president had "mild symptoms."

As a 74-year-old man, Trump is "at higher risk for severe illness" from the virus, according to the US health agency CDC.

Trump will be monitored closely for the wide range of common symptoms which include fever, chills, cough, shortness of breath, fatigue, muscle ache and headache.

What are his symptoms?

On Thursday, Trump did not immediately isolate after his close aide Hope Hicks tested positive.

Instead, he boarded a plane to New Jersey, where he attended a fundraiser at his golf club and delivered a speech surrounded by dozens of people before returning to the White House.

One source told the paper he had displayed cold-like symptoms.

How did he get it?

It is unknown how Trump contracted the coronavirus, but he has defied medical advice by seldom wearing a mask and often meeting with large groups of people.

White House alarm bells started to ring when Hicks tested positive. She is a central figure in Trump's inner circle and travelled with him several times over the last week.

She was also closely involved in his preparations for Tuesday's debate against Biden. At the televised event, many of Trump's guests did not wear masks.

Who else in the White House has it?

Vice President Mike Pence, who would step in if Trump falls seriously ill, tested negative on Friday, as did Trump's teenage son Barron.

Ronna McDaniel, the chairwoman of the Republican National Committee, tested positive several days ago, it was announced Friday.

Many other senior politicians, officials and military officers who work or visit the White House were getting tested on Friday.