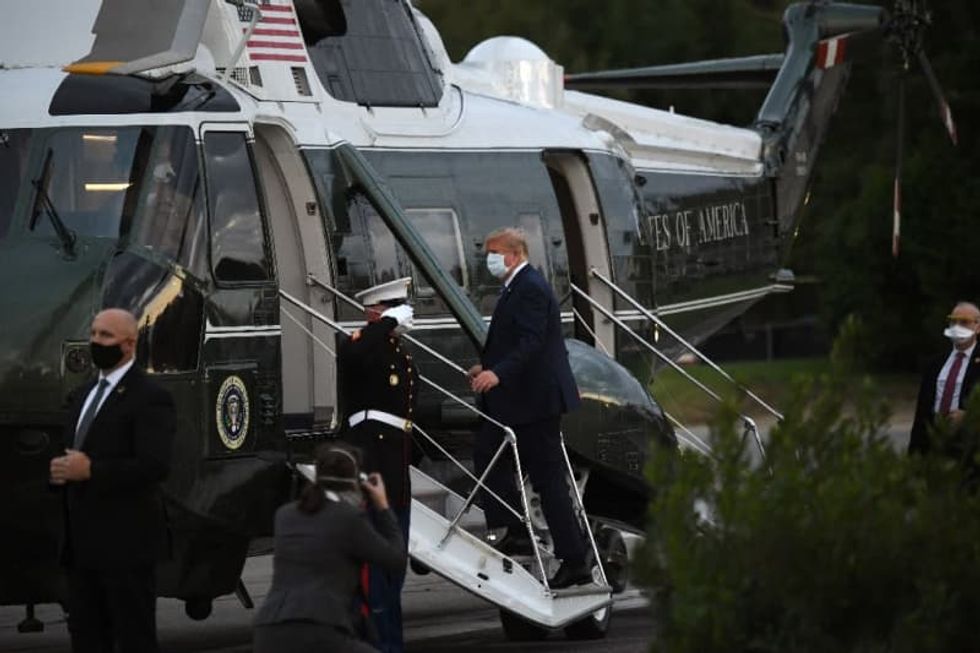 Washington (AFP) - US President Donald Trump said he was "medication free" and revealed more details of his fight with Covid-19 in a televised interview aired Friday, one week after he was hospitalized with the virus.The president appeared on Fox's Tucker Carlson Tonight for what the White House described as an on-air "medical evaluation" conducted remotely by Fox contributor doctor Marc Siegel."Right now I'm medication-free, I'm not taking any medications as of, you know, probably eight hours ago," Trump told Siegel.It was unclear when the interview, which Carlson said was filmed by a White H...