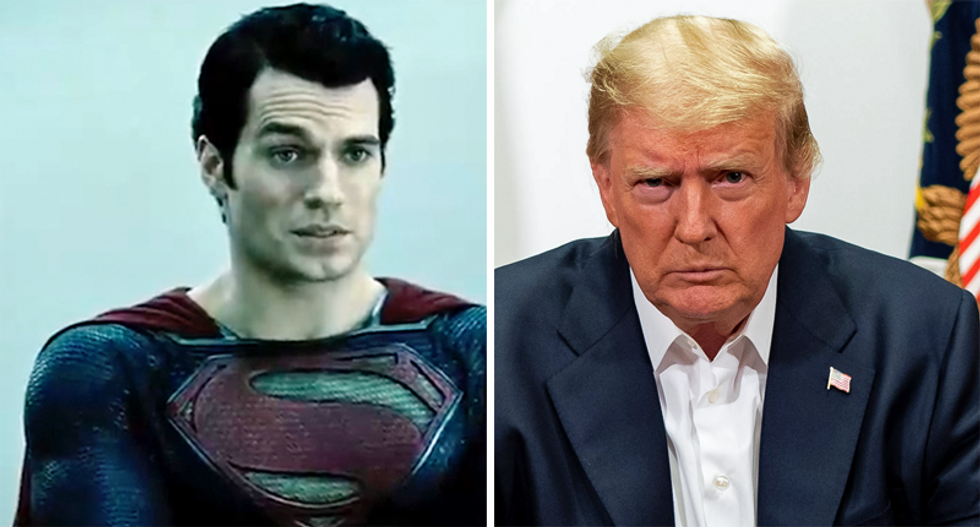 Concerns about Donald Trump's mental state are unlikely to decrease after a bizarre New York Times report on the president's mindset while he was hospitalized with COVID-19.

"In several phone calls last weekend from the presidential suite at Walter Reed National Military Medical Center, Mr. Trump shared an idea he was considering: When he left the hospital, he wanted to appear frail at first when people saw him, according to people with knowledge of the conversations. But underneath his button-down dress shirt, he would wear a Superman T-shirt, which he would reveal as a symbol of strength when he ripped open the top layer," The Times reported.

"He ultimately did not go ahead with the stunt," the newspaper added.