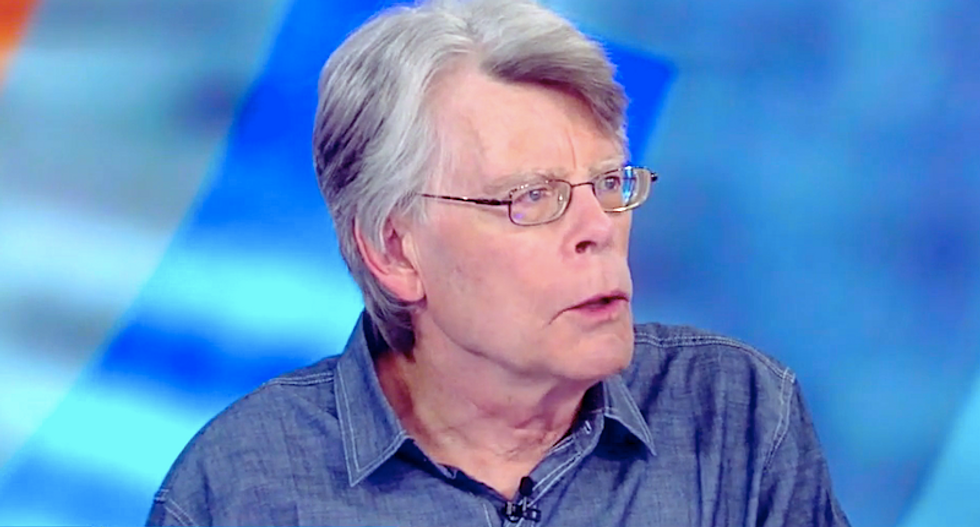 The New York Times best-selling author, horror master, and storyteller of crime fiction, Stephen King, has deconstructed President Donald J. Trump in a new Washington Post op-ed, "because he’s not like the other ones. He’s sticking it to the man."

"America is more set against itself than at any time since the Civil War, and Trump is the cause. He’s not just an apple-cart kicker; he is that dangerous combination of low pressure and warm water around which hurricanes form," King wrote in The Washington Post Friday. "The polls say he won’t win, but they said it wouldn’t happen in 2016. A good many mainstream Republicans have deserted Trump and will either sit this one out or will vote, quietly, for Biden. Yet Trump’s core support has shrunk very little — and it has hardened. The MAGA contingent is an apolitical rock packed into a Republican snowball."

King wrote, "As Americans prepare to go to the polls, they are facing a crossroads moment like no other in the nation’s history. One fork leads to Trump and a validation of the id and all the dark beliefs it harbors. The other fork leads to Biden. A vote for Biden isn’t a vote for the superego — Biden is not blameless — but it’s at least a vote for the ego: the part of us that is rational and willing to take responsibility (however reluctantly) for individual actions and societal ills."

The 73-year-old visionary wrote, "I understand the desire to kick over the apple cart and then just walk away. But I also understand the need to move forward in a rational, if sometimes plodding and painful, manner. Trump kicked over the cart. Millions of American voters helped him. Biden is promising to right it again … but we’ll all have to pick up the apples."