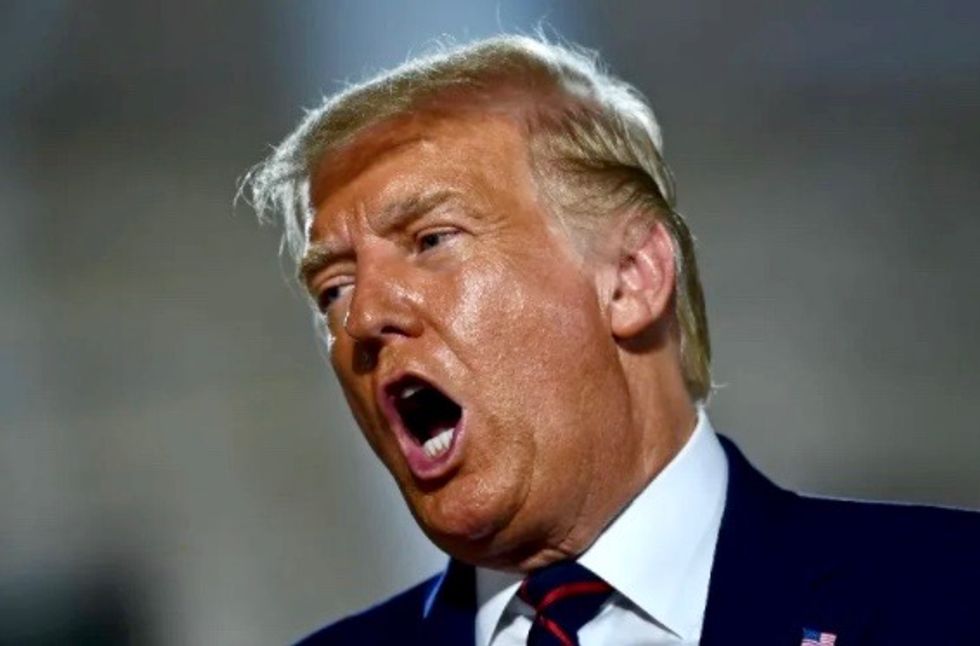 An unhinged President Donald Trump spent around two hours Friday talking with far right wing radio host Rush Limbaugh in a wild interview. Trump has been taking steroids for his coronavirus infection, which may or may not account for his profane threat to Iran.

The steroid the president's physicians prescribed is Dexamethasone, "an anti-inflammatory drug used for a range of ailments, including arthritis, kidney, blood and thyroid disorders and severe allergies," NPR reports.

But "quite common, especially among older patients are a range of psychiatric side effects," Dr. Celine Gounder, assistant professor of medicine and infectious diseases at New York University School of Medicine says.

"Anything from feeling like you're on top of the world ... your arthritic aches and pains of age just melt away, you have lots of energy," she told NPR. "There may be some grandiosity."

In fact, Dr. Gounder says her "own father was treated with high-dose steroids as part of his lymphoma regimen and developed acute psychosis requiring psychiatric hospitalization."

“They've been put on notice," Trump said, addressing his remarks to Iran. "If you fuck around with us, if you do something bad to us, we are gonna do things to you that have never been done before.”

Vote Vets, a largely progressive non-profit with over 700,000 members, reacted, saying: "Just another day where a president jacked up on steroids drops an F bomb while threatening war."

Just want to point out here that the US has used MOABs and nuclear weapons before so unless Trump has some super-du… https://t.co/1iU5YEoNmn
— Liz Mair (@Liz Mair)1602267211.0

Reminds me of something Obama used to say: if you always have to tell people how tough you are, you probably aren't. https://t.co/CMxKsjbXYO
— Ben Rhodes (@Ben Rhodes)1602267934.0