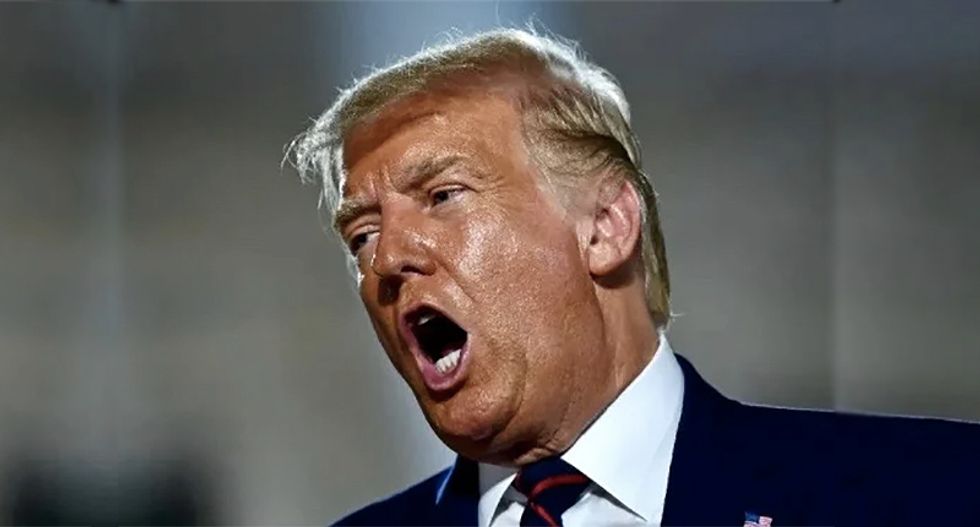 In a new interview with The New Yorker, Pulitzer Prize-winning White House correspondent Maggie Haberman revealed new details regarding President Donald J. Trump's state of mind as he fights to recover from COVID-19.

Haberman said that Trump's "friend Stanley Chera, who was a real-estate magnate in New York, died [of the coronavirus, in April]. Chera was older than Trump is and was in worse physical shape than Trump is, and Chera got very, very sick, very quickly, and basically went into the hospital and never came out."

Haberman added that "Trump was very spooked by that, and I think that has stayed with him. And he is—I don’t want to say hypochondriacal, because that is not the right word—but he gets very agitated when he is not feeling great. And I think all of this contributed to how they were dealing with him [on Friday]."

Pressing on, Haberman revealed Trump's anxiety might have played a pivotal role in his admittance to Walter Reed Friday.

"What I mean by that is that some people experience the feeling of being sick differently than others, and I think he experiences it acutely, and it can be anxiety-provoking," she said, adding that she thought it was likely to have been "one of" the reasons he would have been taken to the hospital.

Haberman also referenced the "unreality bubble" that seemed to plague the White House before sickness took over.

"Look, there were events in March that raised questions about whether people would get sick, and that didn’t happen," Haberman said. "There was one in Mar-a-Lago. People didn’t get sick then, and it created this unreality bubble. And it popped."

Now, the reality at the White House is that of anxiety and nervousness.

"People at the White House are incredibly anxious," she said. "For their own safety. For the safety of the country. I think they are scared for the President. I do want to make the point that all of us hope the President gets better, and all of us are sorry to see people sick, and this is a large number of people dealing with an ugly virus, and so I hope he and the First Lady make a full recovery. So do his staff. And I think his staff also don’t want to get sick. And I think they are just shell-shocked. But also, you have to remember that, at least for them, he is this omnipotent figure and force around them, and the driving force of everything. And to have him not present is jarring for them."