Trump is gaming the Census -- can Dems repair the damage if they win? 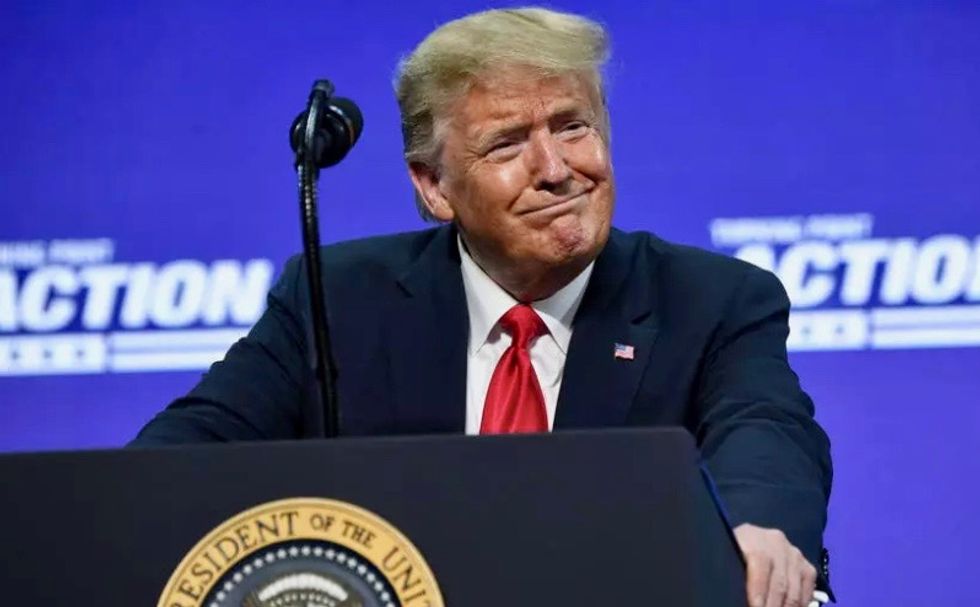 The Census, as newspapers are at always at pains to remind us, is sneakily important. It helps drive how much power each political party holds in Congress for the next decade, and where trillions of dollars in government funding go. It determines where we draw congressional district lines inside our states and guides how we understand and improve the condition of our people.

And it is in trouble.

There have been two sets of problems. The first, brewing since as far back as 2017, was a mix of mismanagement, mistakes, and bad luck, including "budget woes, potential cyber-security weaknesses, hiring shortfalls, testing cutbacks, [and] a bankrupt printing company." All of which was followed of course by the massive disruption of the pandemic. While efforts have been mixed, the Census Bureau has at least tried to work through these issues.

The second, however, was deeper and more insidious: a series of engineered crises intended to manipulate the count. The most notorious was the Trump administration's plan to include a question on citizenship status, ostensibly to improve the estimate of how many people could vote but actually intended to "allow Republicans to draft even more extreme gerrymandered maps to stymie Democrats." This is not an assertion by Democrats, it is a documented fact (verified, improbably, through an estranged daughter's discovery of a hard drive belonging to a deceased Republican operative).

Supreme Court Chief Justice John Roberts slapped down that plan as a transparently audacious ploy with a paper thin alibi, but there have been other attempts to skew the results that were almost as brazen. Trump issued an Executive Order directing the Census to use other federal data to identify and remove undocumented immigrants from the count (despite the fact that likely no such data set exists and the constitution directs that all persons be counted regardless of immigration status; Trump has requested expedited Supreme Court review of his order).

And the Census Bureau decided to stop its count early – a plan subsequently halted and then reinstated by the Supreme Court – leading to what Government Accountability Office (GAO) managing director for strategic issues Chris Mihm called a likely "drastic undercount" of nonwhite communities, as well as other potential gaps and distortions.

The count is now battered, with unknown consequences. "We essentially are in unchartered territory in modern Census history, first because of the unprecedented scope of the disruption to Census operations, and then because of the unprecedented political interference in Census implementation, which clearly could result in unacceptably flawed Census data," said Terri Ann Lowenthal, a nationally-recognized expert on the Census.

So the big question– with the Trump administration clearly hellbent on manipulating the process for the remainder of its time in office – is whether there is anything that Democrats can do to save it if they take control of the presidency, and especially if they add a Democratic Senate.

The answer seems to be possibly, if the problems are clear, and if Congress gets in gear quickly.

According to Justin Levitt – a professor of constitutional law who has written about the legal ramifications of the Census debacle – the first step in a rescue would be to use congressional oversight and executive control of the agency to open the books. "Transparency and communication have been so sharply curtailed in recent months that nobody really knows what's going on under the hood there," he said. "The problems may amount to paper cuts or they could be cuts to the jugular, but to fix them we would have to understand them better. It's sort of the old G.I Joe refrain – knowing is half the battle."

If there are gaps, or if the count has been manipulated to remove respondents based on purported immigration status using other federal data sets, Levitt says that Congress could potentially move quickly to enact a new law resetting the deadlines for finalizing the results: "Census has been asking all year for more time to do the analysis and data cleanup right, and it hasn't happened. So if there's a change of control, you'd likely quickly see a move to pass a new statute allowing more time to do the post-count processing to get the data as accurate as they can be."

But a critical element in getting that done, especially quickly – let alone enacting any other further policy direction on how to handle a repair – could be the GAO report that comes out with the Census Bureau results and details any issues with accuracy or undercounts. If there are gaps that mostly affect Democratic constituencies or blue states, Republicans are likely to be unmoved – indeed, any Democratic-led moves that could affect the numbers, and therefore tilt the apportionment of House seats in the 2020s, is going to create a DEFCON 1 level of alarm for Senate Republicans. Even in the fraught scenario where Democrats have removed the filibuster, Republicans can still slow the process, and there remains a high likelihood of lawsuits in response to any Democratic legislation that lacks bipartisan support (there's probably going to be litigation even with such support).

However, a GAO report produced under the current Republican administration that corroborates undercounts – and especially that shows them occurring in rural, Republican-leaning areas in Republican or mixed representation states with multiple House seats (think Ohio, Pennsylvania, etc.) – could garner Republican Senate support. The 2010 version of that report showed some significant undercounts even absent all of the considerable problems of recent years, and there are early indications that some gaps are indeed occurring in Republican-leaning areas, with some of the lowest self-response rates falling in states like Mississippi, Louisiana, and Alaska.

If Congress does manage to push back the timeframe for finalizing the count early in 2021, further steps could get even trickier. For one thing, some of the mess may be hard to clean up or even identify – "it's not like their data files are going to have numbers crossed off in bold red lines that you can just undelete," notes Levitt. Agency executives and congressional investigators are going to have to dig through reams of data and a lot of weedy statistics to make sure they understand the contours of where and how problems occurred.

Another challenge is that if gaps are found (mostly in the form of undercounted areas, but also overcounted areas which can also skew the numbers), there are limits at present on how much the raw numbers can then be adjusted to bring them closer in line with reality through modeling and statistical methods. Under current law, these methods are allowed and can even be mandatory for drawing district lines and calculating funding formulas, but not for the all-important apportionment of congressional districts among states – which is the area of greatest interest to the two parties since it affects control of the House of Representatives.

That is an issue that a newly-Democratic Congress could also fix, since it's the legislative branch that ultimately sets the policy on how the numbers are calculated. "Congress, which has constitutional responsibility for the Census, must look long and hard at whether 2020 Census data can and should be used for purposes fundamental to a representative democracy and in ways that allow Congress to carry out its constitutional role as a prudent steward of federal dollars," said Lowenthal.

However, with a fast-ticking clock, lags in passing new bills, legal challenges, and the partisan pitfalls of developing legislative guidance on how to repair the count (through modeling, unwinding Trump directives on undocumented immigrants, or cross-referencing numbers with other data to verify accuracy), nothing is going to be straightforward.

No matter what Democrats do, the Census is sure to be controversial and hard-fought. Given the stakes, it will need to be early and high on the to-do list.