‘Trump is too stupid to realize he may get to his most feared number on COVID-19 deaths’: Keith Olbermann 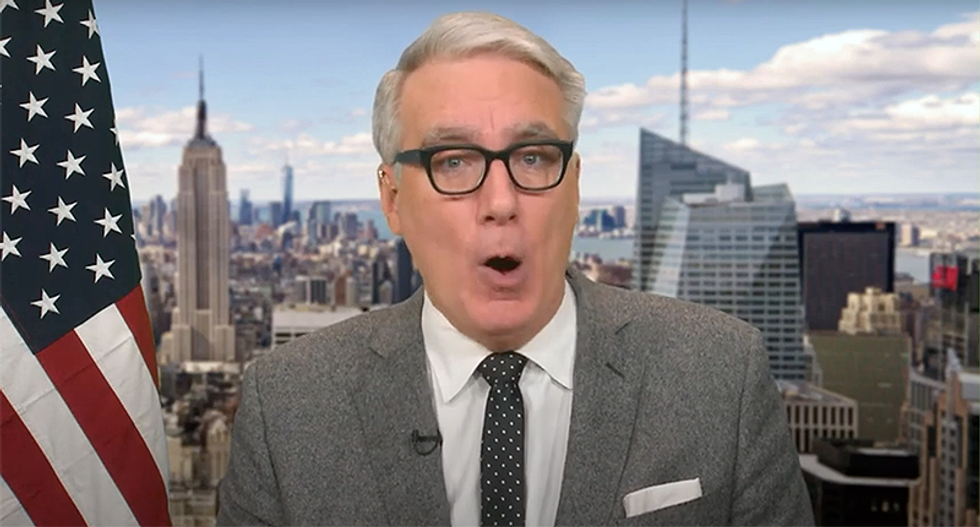 Host and progressive paragon Keith Olbermann has been issuing "worst person in the world" videos in which he makes a new case each week that President Donald Trump is the worst person and why.

He began by citing that COVID-19 is continuing to surge, with the astounding number of just over a 30 percent increase in the past two weeks. In Texas, hospitalizations are up 35 percent in as many weeks. Even the first lady can't get over her symptoms of the virus

"We could be just a month -- perhaps just days -- away from the exact same nightmarish, healthcare scenes and draconian closures and even lockdowns that snuck up on the proactively stupid, the psychotically self-absorbed, and the criminally negligent murders -- you know, on Donald Trump," he explained.

Trump is tired of the virus. Telling his staff on a staff-wide call that people don't care about the virus anymore. He even went so far as to complain about the debate topics saying that no one cares about Dr. Anthony Fauci anymore.

Trump even called those who report on the COVID-19 crisis "dumb bastards."

"And finally, the ultimate insult against Joe Biden, in Trump's mind, Trump says, 'He wants to listen to Dr. Fauci.' His dumb bastards in the crowd made a noise that I want to call mooing, but I don't want to be insulting to the cows," said Olbermann.

He recalled an old episode of "The Twilight Zone" where the earth has been decimated and there are few survivors who are listening to the advice of an old man in a cave. He tells them what is safe to eat. There's a newcomer to the camp who says that there is a warehouse full of canned goods they could be eating, but the man in the cave tells him that it is contaminated. The newcomer leads the people to the cave to break in and discover that the old man is a computer. They destroy the computer, gorge themselves on the canned goods and the next morning they're all dead. Olbermann said Trump is the guy breaking the computer.

The new angle of saying he's tired of it, doesn't want to talk about it and attacking Fauci as an idiot. Olbermann said that if this is what we'll see for the next several months or perhaps even years, then Trump has no business being in elected office.

Trump wants to turn a corner on COVID-19, Olbermann explained, he just wants to then turn it off another cliff.

See Olbermann's assessment in the video below: