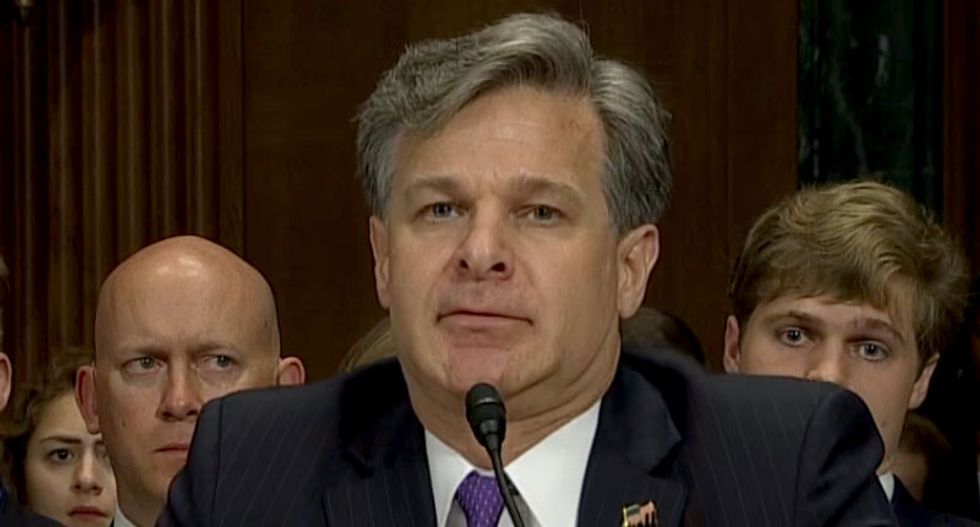 On Monday, The Daily Beast reported that President Donald Trump plans to remove FBI Director Christopher Wray after the 2020 presidential election — because he believes him to be in thrall to the so-called "Deep State."

"Over the past three months before testing positive for COVID-19, the president had indicated to several senior officials and close associates that he intends to replace Wray near the start of a second term in office, routinely expressing dissatisfaction with the director’s performance and apparent unwillingness to swiftly root out Trump’s perceived enemies in the bureau, two people familiar with the president’s private remarks said," reported Asawin Suebsaeng and Spencer Ackerman.

According to the report, "One of these sources said that when the issue of Wray’s alleged subversion came up last month, Trump said that the matter would be resolved 'next year,' which this source took to mean after the 2020 election, assuming Trump emerges victorious."

Wray was originally hired to replace James Comey, whom Trump got rid of after he apparently refused to declare "loyalty" to the president. However, Wray too has not always supported the president's narratives, warning about attempted Russian election interference even as Trump has called it a hoax.