Trump lashes out at Fox News for all the negative ads being run against him: ‘Not like the old days’ 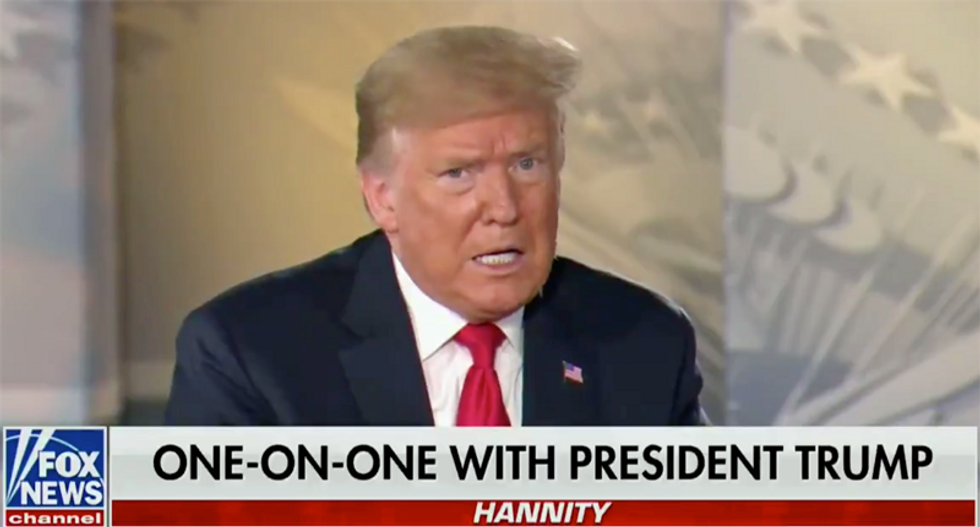 President Donald Trump complained about the volume of negative ads being run against him on Fox News.

"Fox News allows more negative ads on me than practically all of the other networks combined," Trump complained, without offering any evidence. "Not like the old days, but we will win even bigger than 2016. Roger Ailes was the GREATEST!"

Trump's campaign has been frustrated by Biden's recent fundraising advantage.

Two minutes after complaining about Fox News, Trump suggested his supporters should watch his Stanford, Florida rally on OANN, C-SPAN or Newsmax.

.@FoxNews allows more negative ads on me than practically all of the other networks combined. Not like the old days… https://t.co/wQTVaYxY8T
— Donald J. Trump (@Donald J. Trump)1602541810.0