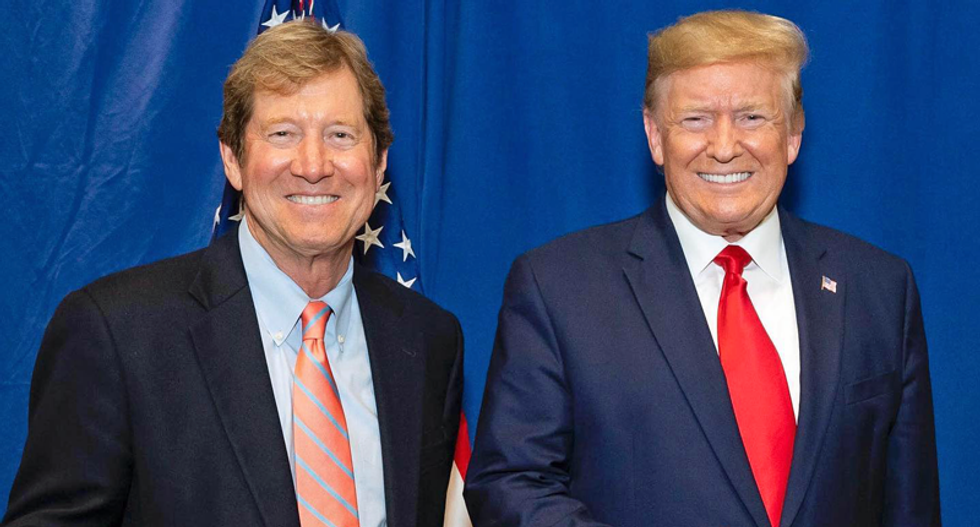 Jason Lewis, a Republican one-term, former U.S. Congressman for Minnesota, was rushed into emergency surgery Monday for a potentially life-threatening condition, a severe internal hernia, according to his campaign.

"The former congressman was experiencing abdominal pain and was hurried into the emergency room Monday morning for tests. Doctors determined he had a hernia, which could be life-threatening if it’s not treated fast," the Star-Tribune reports.

Archie and I are wishing Jason Lewis a successful surgery and a speedy recovery.
— Tina Smith (@Tina Smith)1603729902.0

Lewis has made national headlines for comparing LGBTQ people to rapists and warning they might harm children, expressing upset that “religious freedom” laws don’t go far enough to in allowing discrimination against LGBTQ people, mocking women traumatized by unwanted touching, and being sad “you can’t call” a woman a “slut” anymore.

Earlier this month Lewis was forced into quarantine for a second time, as NCRM reported, after being exposed to a person with COVID-19. Lewis, apparently did not observe the CDC’s 14-day guidelines, and had just returned to the campaign trail after riding on Air Force One with President Donald Trump who later tested positive.

RealClearPolitics shows Smith is currently beating Lewis by an average of nearly six points, but polls show the race has been tightening.