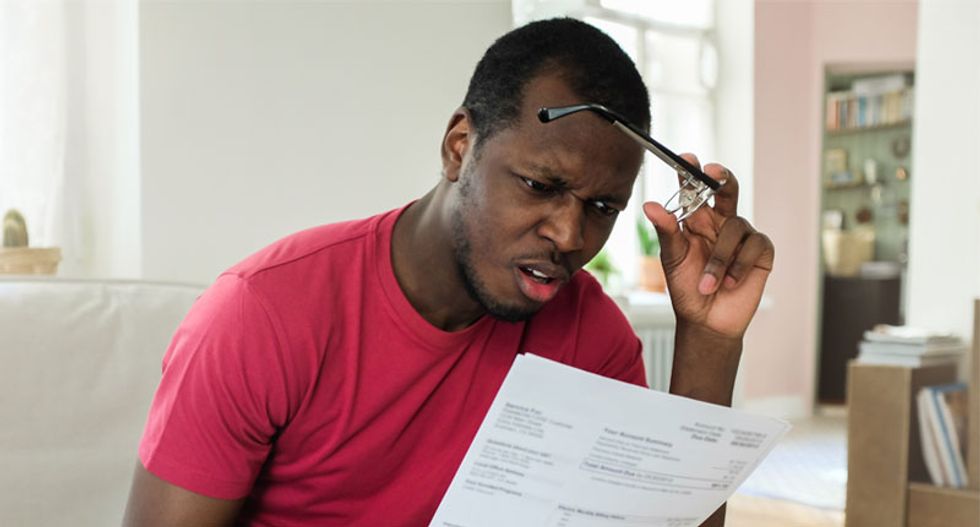 A Trump-loving trailer park landlord in Fort Morgan, Colorado sent out a letter this week telling tenants that their rent would double if Democratic presidential nominee Joe Biden wins the 2020 election.

Local news station 9 News reports that Bernie Pagel, the owner of the Pagels Trailer Park Community, sent out a letter to tenants informing them of potentially dire consequences should President Donald Trump go down in defeat next month.

"Please understand IF Joe Biden is elected as our next President, everything you do and have to pay for will change completely," the letter states. "This also means YOUR RENT will be increased to cover these expenses. Most likely, rent would DOUBLE in price!"

Pagel added that, "IF the current President is re-elected, WE WILL NOT RAISE THE RENT FOR AT LEAST 2 YEARS!"

After this thinly veiled threat, Pagel added a brief disclaimer that he is "not telling you how to vote," but then added at the end that, "if Trump wins, we all win."

Tenant Cindy Marquez told 9 News that she was shocked to see her landlord send such an overtly political message to the community.

“I mean everybody was pretty shocked, honestly,” Marquez said. “It was mainly hurtful, you know? How could someone say something like that or basically threaten us according to something that we can’t control?”

Pagel's letter has been passed on the Colorado State Attorney General's office, which is now investigating.

Watch 9 News' report on the letter below.